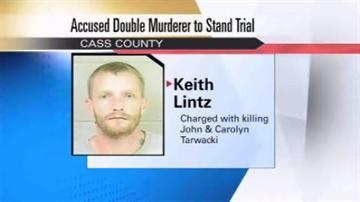 CASS COUNTY, Mich. — The man accused of killing a Cass County couple will head to trial.

On Thursday, a judge ruled Keith Lintz is competent to stand trial.

Lintz is charged with killing John and Carolyn Tarwacki in their Howard Township home in 2010.

Police arrested Lintz for the murders in October.

Lintz's family talked to ABC57 not long after his arrest. They said an acquaintance told police that he admitted to the murders.

Lintz will be back in court in January.