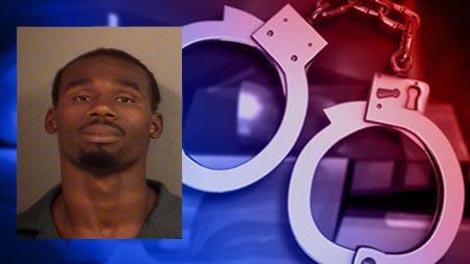 Londale Madison, of 1013 Calvert Street in South Bend was arrested on a warrant September 1 after failing to appear in court.

He is being held on $10 million bond.

He is also being held for charges filed in Illinois.

The Dupage County State's Attorney in Illinois filed charges of one count of attempt first degree murder, one count of aggravated criminal sexual assault, one count of home invasion and one count of armed robbery for allegedly sexually assaulting and stabbing a 26-year-old in Willowbrook, Illinois.

Madison is accused of breaking into a woman's home on August 29th, sexually assaulting her, beating and stabbing her.

“It was very brutal. Several stab wounds to the face and torso, punches to the face,” Paul Schuster, the victim’s father told WLS in Chicago.

The state attorney's office in Illinois says he then fled the state and returned to Indiana.

Madison is being held in the St. Joseph County Jail awaiting extradition to DuPage County.

According to the Indiana court website, Illinois authorities were present when Madison appeared in court on Wednesday. He told the court he would fight extradition.

If convicted on all charges, he faces a maximum sentence of up to 120 years in the Illinois Department of Corrections.