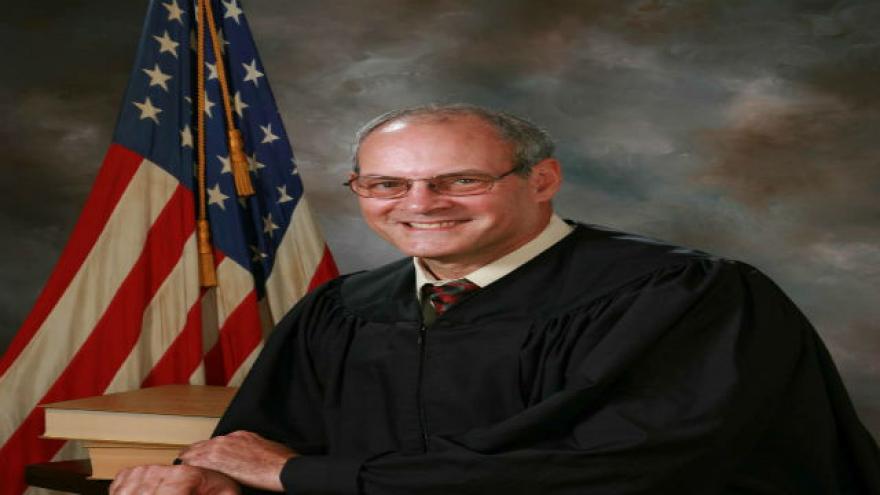 (CNN) -- A man who shot a judge in an "ambush-style" attack outside an Ohio courthouse was killed when the judge and a probation officer returned fire, authorities said Monday.

Common Pleas Judge Joseph J. Bruzzese Jr. was shot about 8 a.m. outside the Jefferson County Courthouse in Steubenville, about 40 miles west of Pittsburgh, Jefferson County Sheriff Fred Abdalla said. The judge was hospitalized but his condition not released.

After reviewing video of the shooting, Abdalla said he believes the assault was a deliberate attack on the judge.

"This was cold blooded, attempted murder on a judge," he said.

Mavromatis said Bruzzese did not preside over the rape case. Authorities have not commented on a possible motive.

Richmond's son, then a high school football player, was sentenced in 2013 to a minimum of one year in a juvenile correction facility.

Nate Richmond is a plaintiff along with several others in a wrongful death case overseen by Bruzzese, according to public court records.

CNN has not been able to get details of that case, which lists the defendant as the Jefferson Metropolitan Housing Authority.

There is no known connection between the elder Richmond's case and his son's case.

Abdalla said it appears the suspect walked up to the judge as he approached the courthouse and shot him several times in the stomach at point-blank range.

The judge was carrying a weapon and returned fire, as did a probation officer on the scene, Abdalla said.

"If there wasn't a probation officer, this gentleman would have kept shooting until he killed the judge," the sheriff said.

Once the bullet slugs are removed from the suspect's body, it will be determined if the judge or the officer hit the suspect, Abdalla said.

Abdalla said he had urged the judge to carry a gun.

"If you're sitting on the bench you have to carry a gun because there are so many nutcases out there that want retaliation," he said.

Another person was hit by a ricochet bullet and was in the suspected getaway vehicle, the sheriff said. No charges have been filed against that person.

One person was being flown by medical helicopter to a Pittsburgh-area hospital, according to Steubenville Fire Chief Carlo Capaldi. He would not disclose the person's identity.

The Bureau of Criminal Investigation at the Ohio attorney general's office is investigating the shooting.

"Fran and I are praying for Judge Bruzzese and his family at this difficult time," Ohio Attorney General Mike DeWine said, referring to his wife.