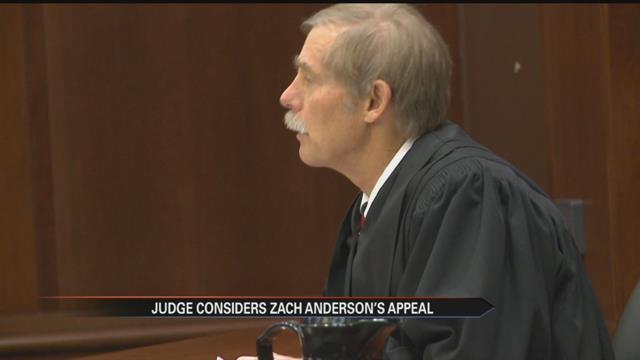 A Berrien County judge could reconsider the sentence handed down to an Elkhart teen.

Supporters of Zach Anderson say the sentence was too harsh and never should have been made in the first place.

The 19-year-old pleaded guilty to having sex with a 14-year-old girl he met on the app Hot or Not this past winter. He says she lied about her age.

Anderson was sentenced 90 days in prison, five years on probation and 25 years on the sex offender registry in Indiana and Michigan.

Wednesday, the same judge that sentenced Anderson agreed to consider an appeal hearing.

The judge wants to move it to a later date so he can look into similar cases.

Anderson's family says this is just more time their son is losing.

“Were patient people but my goodness, I want my son’s life back, I want him to be able to move on, they killed his college whole semester, they stripped that away, he lost all that money and we’re just ready to move on." said Lester Anderson, Zachary's father.