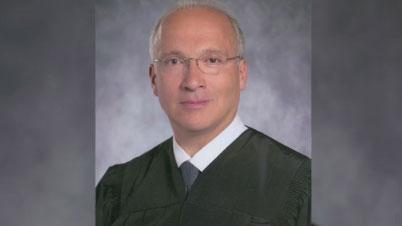 NEW YORK (CNN) -- The brother of the federal judge who has come under attack from Donald Trump as unfit to decide a lawsuit against the New York businessman has some choice words for the presumptive GOP nominee.

In an interview with CNN, Raul Curiel said Trump simply does not know his brother, Judge Gonzalo Curiel, and is speaking out of ignorance when questioning his ability to handle the lawsuits pending against Trump University in federal court.

"I think it's more not knowing. Yeah, I would say ignorance," Raul Curiel said in a telephone interview from his home in Indiana. "I don't think he is strictly an outright racist like some of your Ku Klux Klan. Those kind of people really are racist. They have no redeeming qualities. Trump, I don't believe, is that caliber of person. But he is very, very uninformed."

Trump has said Curiel should recuse himself from the cases against Trump University because of his Mexican heritage. The presumptive GOP nominee has suggested that his plans to build a wall on the U.S.-Mexico border are an impediment to Curiel's ability to be impartial.

Raul Curiel noted he and his brother are not Mexican, as Trump has implied in interviews and out on the campaign trail. The Curiel brothers were born in America and raised in northwest Indiana, near Chicago, by parents who immigrated to the U.S. from Jalisco, Mexico.

Curiel worked hard to reach the federal bench, his brother Raul said, working one summer at a BP oil refinery to help pay for college. Trump should get to know his brother better, Raul Curiel said.

Curiel said he has heard from his brother, thanking him for speaking out on Trump's comments. But Raul Curiel added the judge will not comment publicly on the matter.

"I know my brother is not taking it seriously. Some other people might. I don't really take it that seriously either," Cuiriel said.

Curiel questioned Trump's motives for lashing out at his brother.

"I think this is unheard of in any political campaign," Curiel said. "I think Trump feels that this division is working in his favor but he's actually creating the bigger division as we speak."

But Curiel added he is concerned that Trump's remarks are damaging to the image of Americans of Latin American heritage.