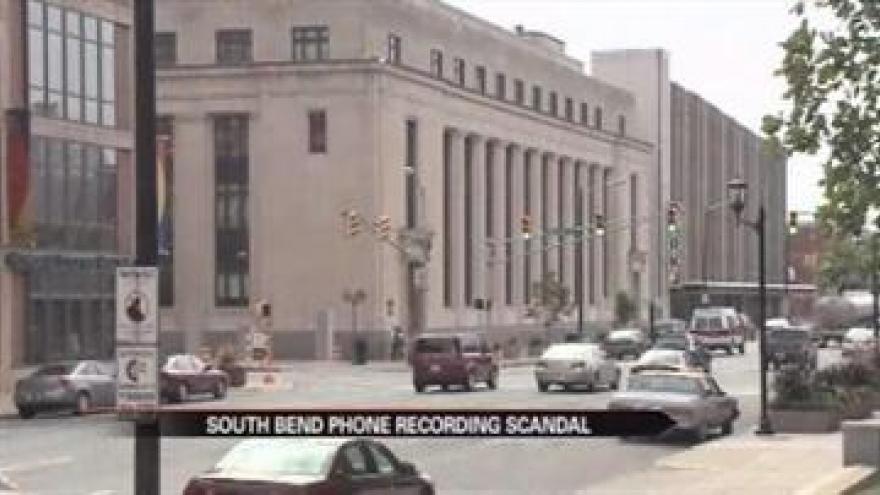 SOUTH BEND, Ind. -- A federal judge has made a decision that could help move along the process of deciding whether or not the audio recordings made at the South Bend Police Department are legal or not.

The recordings were the subject of a federal investigation into wire-tapping.

Police Chief Darryl Boykins and the Department’s Director of Communications were both removed from their positions, but no charges were ever filed.

One of the biggest complaints about the federal justice system is that it moves slowly.

But Tuesday, Magistrate Christopher Nuechterlein made it clear he wanted to streamline the process of getting to the truth saying, "Let's see if we can tee this up for a quick resolution."

This is how they are going to try and accomplish that task.

Because two cases have been combined into one and there are a lot of people involved, the attorneys have agreed to have two phases of discovery.

That is something the South Bend Common Council's hired attorney wanted.

"On behalf of the council we are very excited. We've been trying to get to this point for 9-10 months now, I'm guessing, and at least now it's coming to fruition. At least somebody's going to make a decision about what's right,” said Spencer Walton, Jr. of the May Oberfell Lorber law firm.

That decision will have to come after phase one of discovery, which will focus on the legality of the tapes.

In this phase, attorneys will only be able to get depositions from individuals who have direct knowledge of the alleged wiretapping act itself.

They have to complete the gathering of facts by June 1st.

Then they will have until July 1st to file motions, and until August 1st to respond to any motions filed.

On August 1st, the city is expected to seek summary judgment on the legality of the tapes from Federal District Court Judge Van Boklen.

They hope he can rule on the legality before the end of the year.

Interim city attorney Aladean Derose was pleased with the plan.

"It is a very expeditious and efficient way of handling things,” he said.

An attorney representing the police officers’ interests said it made sense.

Depending on how the judge rules, the case could move forward with phase two of discovery if the recordings are found to be illegal.

Or the case could simply end if the tapes are found to be legal.