June rain deficit: some areas caught up Monday while others stayed dry

June rain deficit: some areas caught up Monday while others stayed dry

Most of June, Michiana has been sitting in a rain deficit. After June 22, a few lucky areas caught up on rain, while others stayed completely dry.

Normally June 1 through 23, we pick up around three inches of rain. Only a few days this month have had measurable rainfall. This map from Midwestern Regional Climate Center shows our rain deficit for the month (through June 22). Most of Michiana is behind by one and a half to two and a half inches (orange areas on the map). Areas in red, including most of Elkhart County, are behind by nearly three inches. 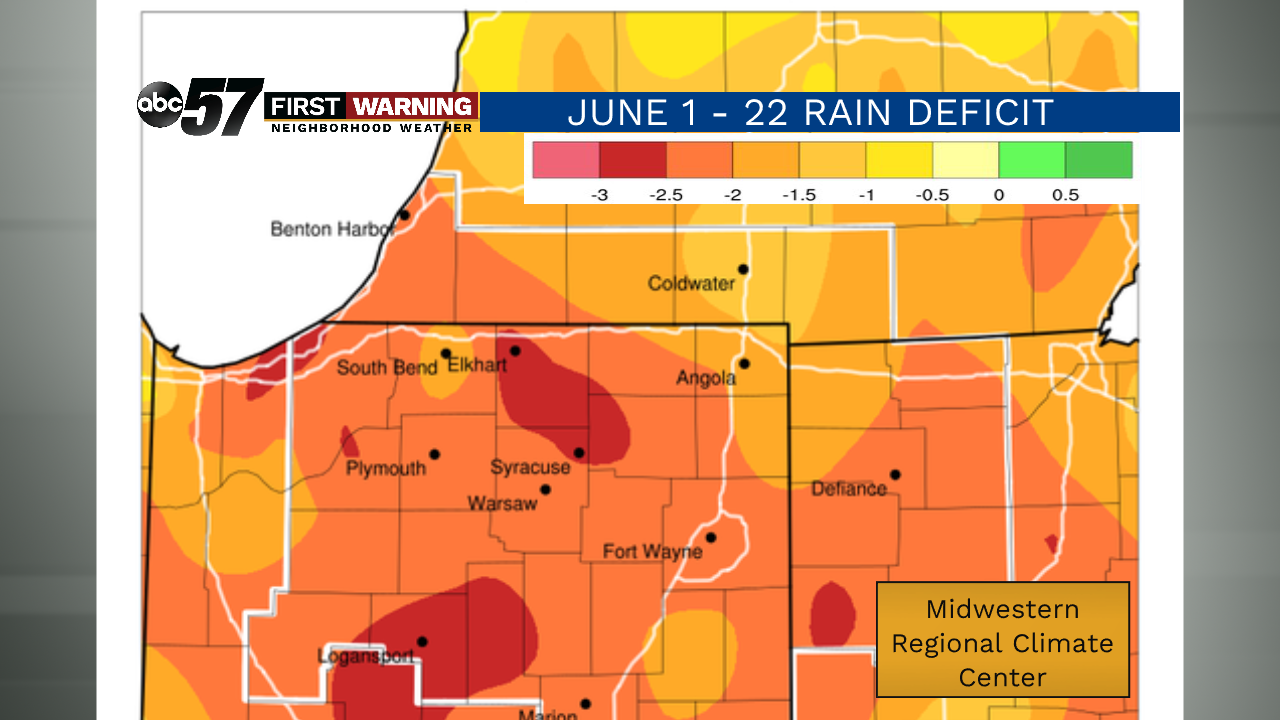 In the past 48 hours, many areas saw plenty of rain. Others missed out on this much needed rain. 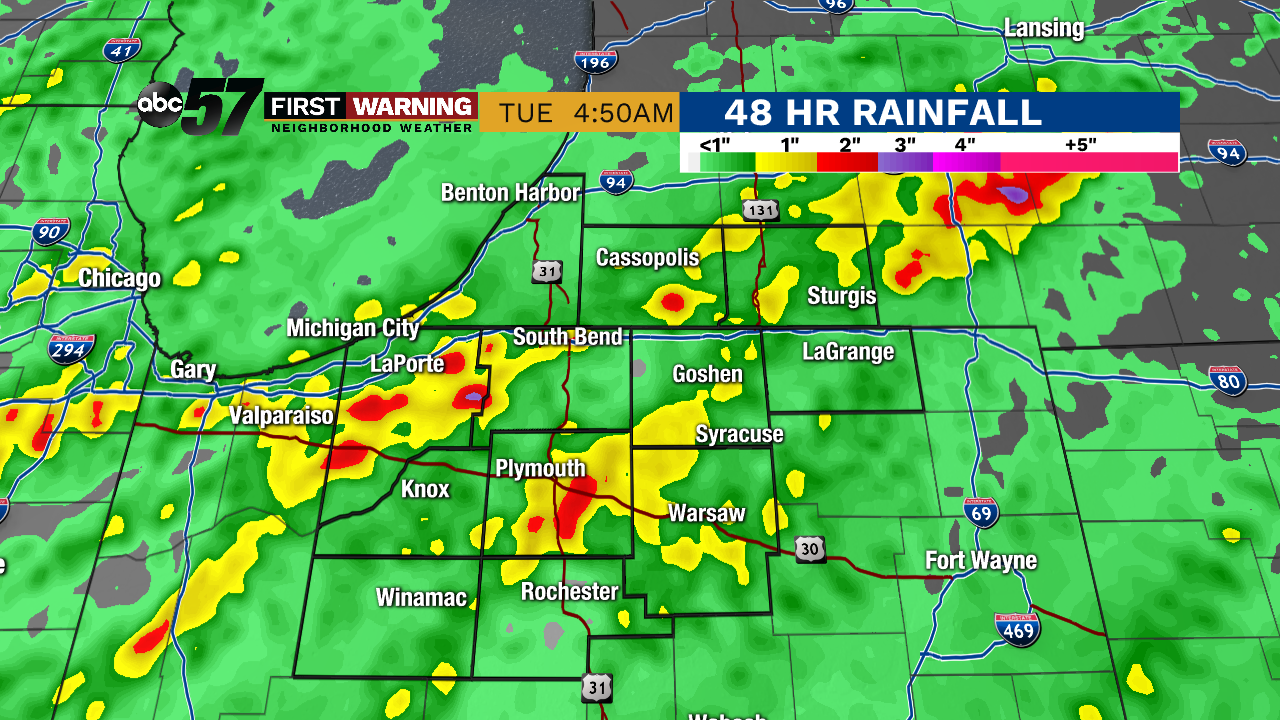 Red and yellow portions on the map saw more than an inch of rain. These locations are where drought will likely be less of a concern this summer.

Areas not as lucky are in green on the rainfall map-- like parts of LaGrange, Starke, Pulaski, and Fulton Counties. Less than an inch of rain means these areas are still behind on their rain totals. They are still facing early drought.

There is hope for Michiana as we finish the month. This precipitation outlook from Climate Prediction Center shows slightly above normal precipitation is expected over the next six to ten days. 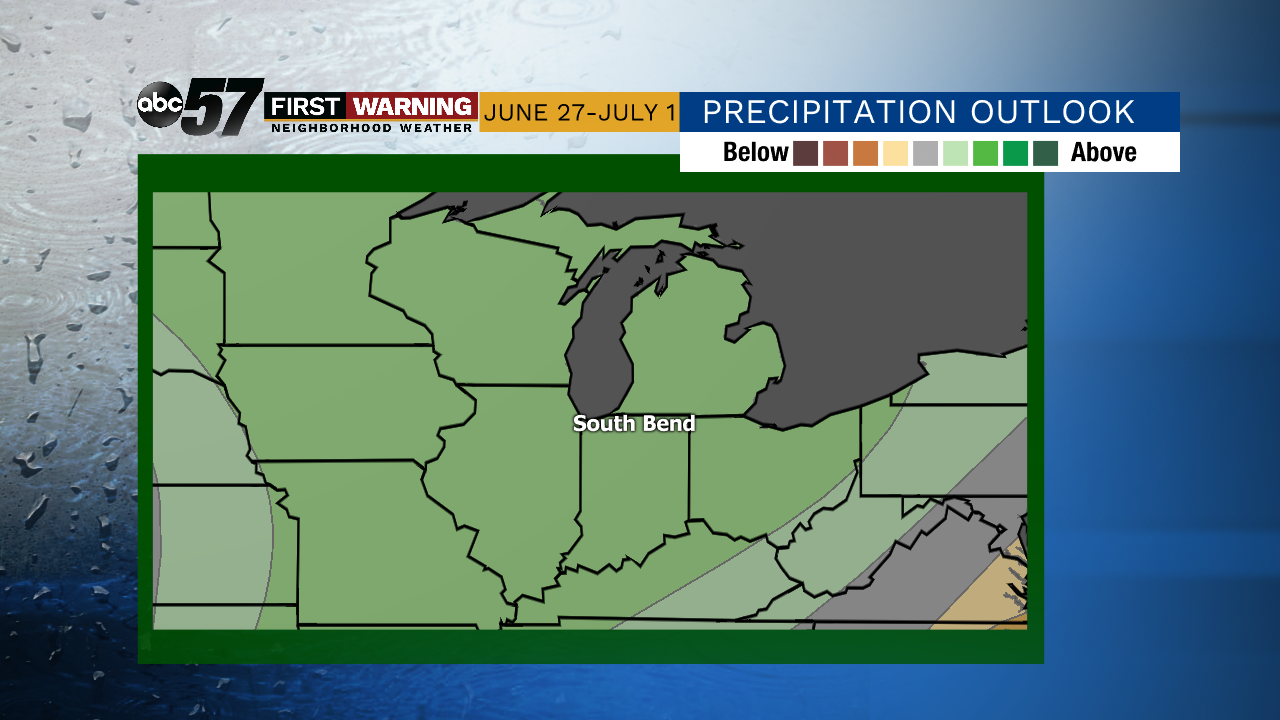