Jurors in Cosby trial to come from outside suburban Philly court 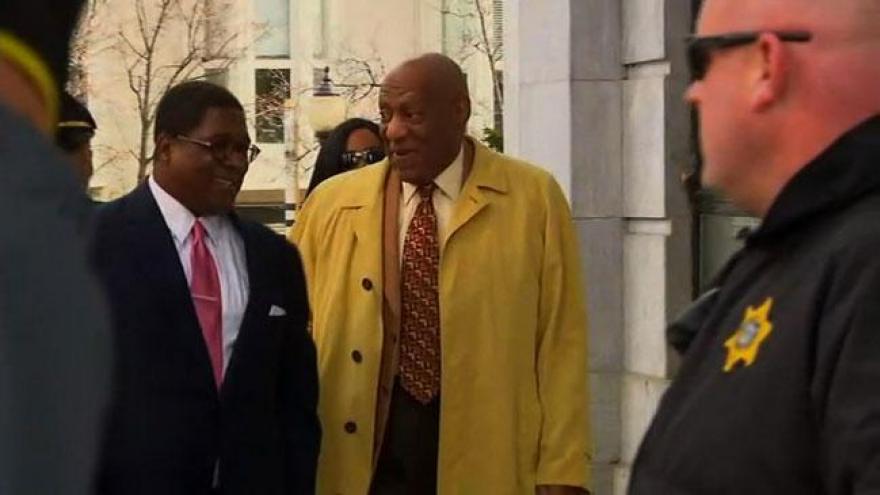 NORRISTOWN, Pennsylvania (CNN) -- Bill Cosby's criminal sexual assault trial will stay in Montgomery County Court outside Philadelphia, but the jurors will come from another Pennsylvania county, a judge ruled Monday.

Montgomery County Common Pleas Judge Steven O'Neill granted a defense motion ordering that jurors will come from another county for the trial, but denied the request for change of venue, or where the case will be tried.

The first trial date remains June 5, but jury selection could happen before then. It has not been decided where the jurors will come from. The State Supreme Court will pick that location.

The commonwealth and the defense both agreed that jurors should come from outside Montgomery County. In his order, the judge said the jurors will be sequestered.

At a hearing Monday, attorneys with the defense said they wanted the venue changed, citing concerns that media reporting has been unfair and stressing that Cosby would not be able to get a fair trial.

The defense was seeking a move to a larger county with a bigger jury pool and cited Philadelphia and Allegheny counties, both larger than Montgomery County. Philadelphia would provide racial and economic diversity, the defense said. It has nearly twice the population of Montgomery County, which is the third largest county in the state.

The commonwealth said changing the jury pool addresses such concerns about fairness. The state argues that the Montgomery County courthouse is big enough, secure enough and has the resources to handle a high-profile trial.

Cosby, 79, is charged with three counts of felony aggravated indecent assault in the case of former Temple University employee Andrea Constand, who accuses the comedian and TV star of assaulting her in his home in 2004.

Cosby denies all allegations against him.