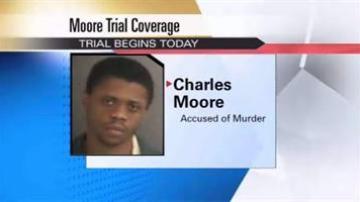 ST. JOSEPH COUNTY, Ind. -- A St. Joseph County jury recommended Monday that Charles Moore be sentenced to life without parole for the murders of Alejandro Tinoco and Jazmin Conlee.

The jury found Moore guilty on August 22 of robbery, two counts of murder and two counts of felony murder in connection with the deaths of Tinoco and Conlee.

The formal sentencing hearing will be held on September 27, 2013.