Jury rules in favor of Taylor Swift in groping case 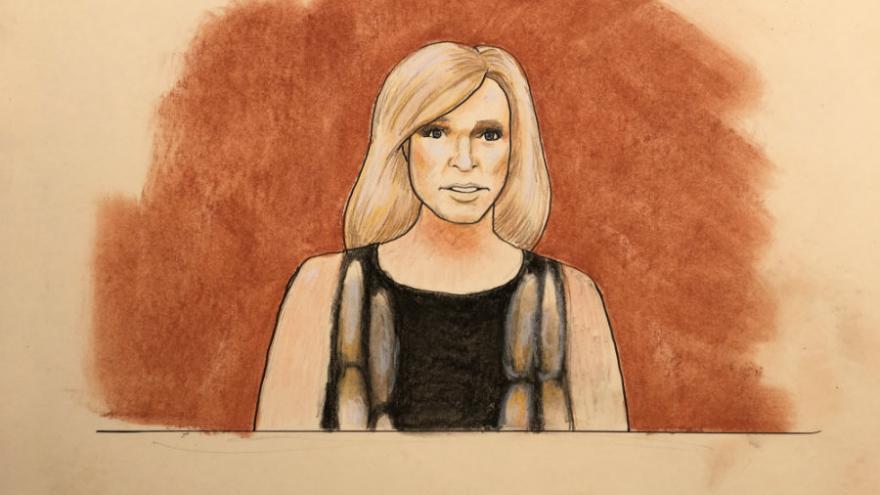 (CNN) -- After nearly four hours of deliberation, a jury ruled in favor of pop star Taylor Swift in her countersuit against former radio host David Mueller for alleged assault and battery.

Swift accused Mueller of groping her at a meet-and-greet event in June 2013.

He will be required to pay $1 in damages to Swift.

After the reading of the verdict, Swift embraced her mother.

In a statement, Swift thanked the judge and her legal team for "fighting for me and anyone who feels silenced by a sexual assault."

"I acknowledge the privilege that I benefit from in life, in society and in my ability to shoulder the enormous cost of defending myself in a trial like this," Swift added in the statement, obtained by CNN. "My hope is to help those whose voices should also be heard. Therefore, I will be making donations in the near future to multiple organizations that help sexual assault victims defend themselves."

Mueller had sued Swift, the singer's mom Andrea Swift, and radio promotions director Frank Bell in 2015, accusing them of interfering with his $150,000/year contract as a local morning radio DJ in Denver by pressuring his employer, KYGO radio, to fire him.

Bell was also found not liable for tortious interference.

Swift was dismissed as a defendant in Mueller's suit on Friday after a judge ruled that there was insufficient evidence to show that Swift had acted improperly.

Swift's lawsuit against Mueller argued that the trial would "serve as an example to other women who may resist publicly reliving similar outrageous and humiliating acts."

Mueller testified on Tuesday, claiming he had not inappropriately touched Swift during the 2013 photo-op. Instead, he said that he had simply touched her arm and ribs while "jostling" for the photo.

Swift testified on Thursday, delivering a confident and assertive account of the incident that led to the legal proceedings and rejected Mueller's characterization of the event.

Swift's mother testified that her daughter was visibly upset after the incident.

"Mom, a guy just grabbed my (rear end) in the meet and greet," Andrea Swift said her famous daughter told her.

"I wanted to vomit and cry at the same time," Andrea Swift said.

A photo of Swift, Mueller, and Mueller's then-girlfriend, Shannon Melcher, at the 2013 event was referenced several times during the trial. A key point of disagreement between the two sides was the positioning of Mueller's hand, which was hidden from view in the photo and positioned below Swift's lower back.

Mueller's attorney, Gabriel McFarland, claimed the photo did not show any inappropriate touching, and asked Swift while she was on the stand why her skirt did not appear ruffled in the front.

"Because my ass is located in the back of my body," Swift said.

Swift's bodyguard Greg Dent and photographer Stephanie Simbeck, who took the photo of Mueller and Swift at the meet-and-greet, both claimed they'd witnessed the groping.

At the end of the meet-and-greet, Swift reported the incident her mother and her management team.

Swift's radio promotions director, Bell, told Mueller's bosses at KYGO, and Mueller was fired two days later after the station conducted its own investigation. (KYGO is a CNN affiliate.)

Mueller testified that he did not grope Swift and said his career in radio had been ruined by what he said was a false accusation.

Mueller was seeking more than $257,500 in damages, according to his attorney's closing arguments.