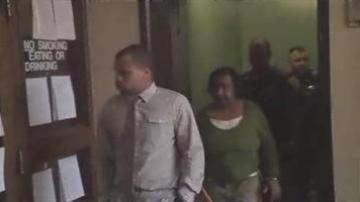 SOUTH BEND, Ind. -- Round one of jury selection in the case of Dellia Castile is underway. The process could take some time due to the publicity the case has received and that is no surprise to St. Joseph County Superior Judge Jane Woodward Miller.

Judge Miller has slated the first three days of this week for her quest to find a unbiased 12 person jury, along with two alternates who can handle the task of deciding whether Castile should be found guilty or not guilty of felony neglect charges relating to her three grandsons.

You might recall Castile's grandson,Tramelle Strugis, 10, died after he was severely beaten by his father, Terry Sturgis Sr., last November. The little boy died due to the intense nature of his injuries.

Court paperwork shows last November Castile lived at 1130 W. Washington Street with her son Terry and his five children when the alleged abuse was occurring. Castile was charged with three counts of neglect of a dependent resulting in serious bodily injury, class B felonies.

However today in court Judge Miller announced that Joel Gabrielse, the deputy prosecutor assigned to the case increased one of Castile's charges to a class A neglect of a dependent resulting in serious bodily injury resulting in death.

Out of the 21 St. Joseph County residents summoned for jury duty on Monday, 20 of the 21 raised their hand when asked by Judge Miller if they are familiar with the Terry Sturgis/Tramelle Sturgis case. Only one man said he had not heard anything about the case, nor seen any coverage on TV or read about it in the newspaper. That man was quickly ordered to exit the room and to come back tomorrow at 4 p.m.

Judge Miller then ordered the other 20 jurors to a holding area and called each one back into her courtroom one by one to ask them individually what they knew about the case and if they could put aside what they may have heard to be a fair and unbiased juror if given the opportunity to serve on the jury in this trial.

A few of the residents admitted they have already formed opinions from the news coverage and would not be able to be unbiased- those potential jurors were dismissed.

Several teachers who were among the potential jury pool expressed reservation about being away from their classrooms for an expected week long trial that could start possibly on Thursday.