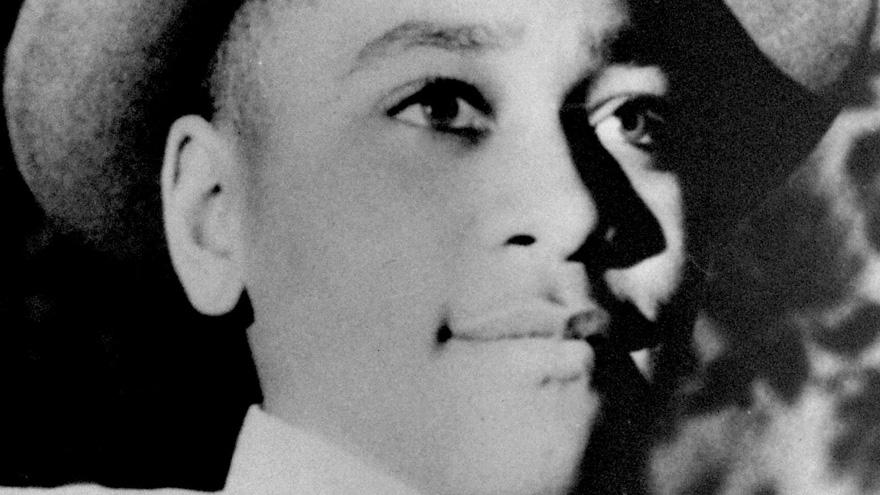 (CNN) -- The murder of 14-year-old Emmett Till, barbarous even in an era in which blacks in the South were subjected to untold viciousness, has been reopened, according to a US Justice Department report to Congress.

The report, issued in March, said the department reopened the case "after receiving new information." It doesn't elaborate. The department declined to comment on the matter.

Emmett's savage murder in 1955 jolted a nation, spurring it to action on civil rights. Gruesome photos of the boy's mutilated body spread across the globe, lending jarring visuals to the stories of violence and discrimination coming out of the South.

Ninety-five days after the attack, Rosa Parks refused to give up her seat on a bus in Montgomery, Alabama.

Emmett's crime? He had been accused -- we now know, falsely -- of whistling and flirting with then-21-year-old Carolyn Bryant, who, along with her husband, owned a grocery store in Money, Mississippi. Till had traveled there from Chicago to visit his great-uncle, who lived in the area.

The teen was snatched from his bed in the middle of the night in August 1955, viciously beaten and shot. His murderers then strapped a cotton gin fan to his neck with barbed wire so it would weigh him down when they tossed him in the Tallahatchie River.

Not even a month after the boy's body was pulled from the river, an all-white jury acquitted Carolyn Bryant's husband, Roy, and another man, J.W. Milam, of Emmett's murder, despite eyewitnesses identifying the defendants. Deliberations barely took an hour, and one juror claimed the acquittal could've come sooner had they not stopped to have a soda.

In closing arguments, the defense team appealed to jurors' heritage, saying their ancestors would turn in their graves if they didn't free these fine, white men.

Later, Roy Bryant and Milam told a magazine how they killed Emmett and dumped his body in the Tallahatchie, but because of double jeopardy laws, they couldn't be tried again.

Emmett's mother was horrified to see the state of her son's body when it was returned to her. Against advice, she demanded that his funeral be open casket. She wanted the world to see what she saw, how her boy had been maimed beyond recognition. Thousands witnessed his injuries over a four-day period, and the stories and photos about his murder shook the nation.

The Bryants and Milam are dead.