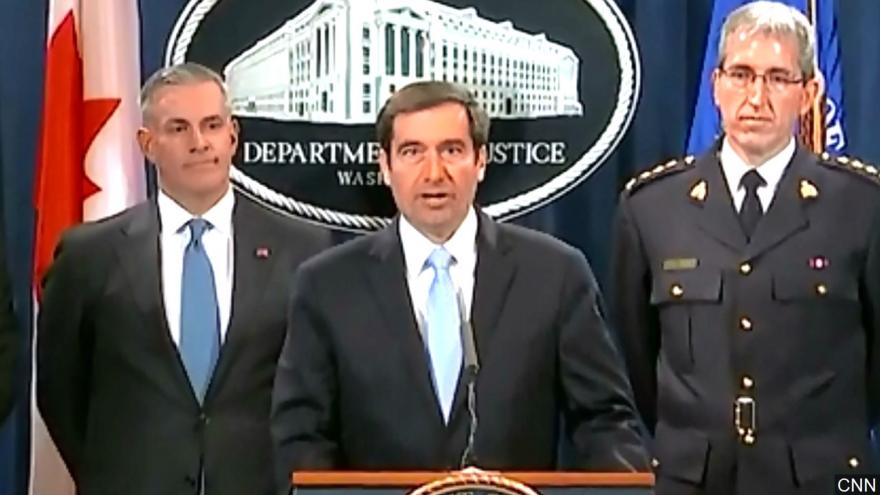 (CNN) -- The Justice Department on Thursday announced criminal charges against seven Russian intelligence officers, accusing them in a sprawling indictment of hacking, wire fraud, identity theft and money laundering as part of an effort to distract from Russia's state-sponsored doping program.

Three of the defendants were also charged in the hacking of US persons involved in the 2016 election, Assistant Attorney General for the National Security Division John Demers said during a news conference, but the current indictment does not arise out of special counsel Robert Mueller's work.

According to the indictment, the defendants -- all members of the GRU, a Russian Federation intelligence agency within the Main Intelligence Directorate of the Russian military -- engaged in a series of cyberattacks against anti-doping agencies and officials, sporting federations and more than 250 athletes in retaliation for the exposure of Russia's state-backed doping program.

"All of this was done to undermine those organizations' efforts to ensure the integrity of the Olympic and other games," Demers said. "I hope that through today's charges, which fall far from the electoral arena of our prior charges, we can further educate ourselves as to the scope of the Russian government's disinformation and influence campaigns."

Through the use of spearphishing emails, stolen credentials and other cyberintrusions, a group calling itself the "Fancy Bears' Hack Team" publicized medical information and drug testing results of athletes and peddled a false narrative that certain athletes were using performance-enhancing drugs, prosecutors alleged Thursday.

When certain remote efforts failed to work, prosecutors detailed how the GRU hackers traveled in some instances using Russian Government-issued diplomatic passports in an attempt to gain access to Wi-Fi networks onsite.

Four of the names in the indictment match those given by Dutch authorities in connection with an alleged GRU cyberoperation against the Organisation for the Prohibition of Chemical Weapons, an international chemical weapons watchdog organization based in the Netherlands.

That hacking singled out prominent Democrats in Hillary Clinton's 2016 presidential campaign, Democratic National Committee and the Democratic Congressional Campaign Committee, with the intention to "release that information on the internet under the names DCLeaks and Guccifer 2.0 and through another entity," according to the Justice Department.