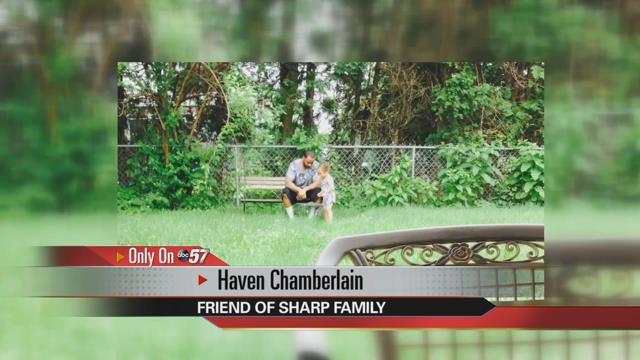 A close friend to Sharp says she hopes Johnson’s arrest will bring the family closure.

Sharp's brother says friends and family are slowly coming to a place of healing from this tragedy.

Haven Chamberlain says Sharp’s mother is in good spirits but is still in mourning.

“The last thing he’s said was he was going to see to see me tomorrow,” said Chamberlain.

It was a promise from a friend Chamberlain knows can’t be kept.

“I still don’t get that ‘good morning’ text message,” she said.

And that's a text message she knows she won’t receive again.

Instead she got a different text message Tuesday.

“[Justin's] dad sent me a text message and it just said they caught him,” she said.

A text message that put the Sharp family a step closer to closure.

Chamberlain says this is yet another senseless shooting that’s unforgivable.

“As soon as the guilty verdict comes, then I’ll consider it justice for Justin," said Chamberlain.

Justice for a man that had big dreams.

“I remember I asked him in five years, what are you going to do with your life?" she said. "And he told me, 'I hope in five years I find the woman I'm going to marry and I have everything I ever wanted.'”

Johnson is being held at St. Joseph County Jail without bond and will appear in court for his arraignment Wednesday afternoon.