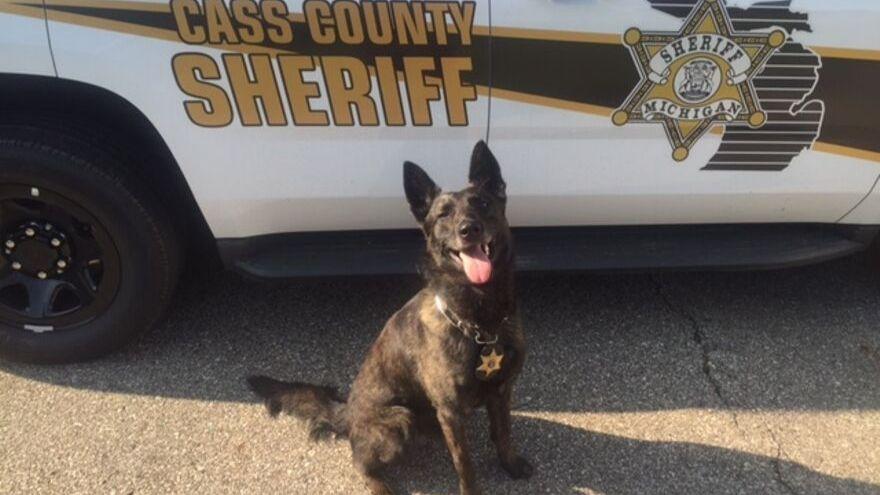 CASS COUNTY, Mich. -- A man who allegedly broke into a home and attempted to steal firearms was taken into custody after K9 Faust located him barricaded in one of the rooms, according to the Cass County Sheriff's Office.

Deputies responded to a home in the 52000 block of Lake Shore Drive in response to an active alarm.

When they arrived, they found the doors to the home locked, but saw some movement inside, reports said.

Deputies spoke with the homeowner, who was out of town.

K9 Faust responded to the scene and located a 57-year-old Dowagiac man barricaded in a room in the basement, reports said.

Deputies located firearms and chainsaws the man was attempting to steal, reports said.

The suspect was taken into custody on preliminary charges of breaking and entering, larceny, felon in possession of firearms and resisting and obstructing deputies.