Kalamazoo shooting suspect may have switched cars the night of rampage 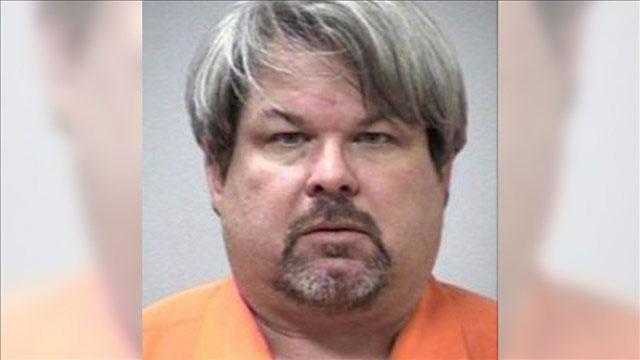 (CNN) -- Jason Brian Dalton, the man suspected in the weekend shooting spree in Kalamazoo, Michigan, now faces six counts of murder. But even his arraignment hearing shed no light on his motive.

As the investigation proceeds, bits and pieces of information are clearing the murky picture -- but not by much.

Here's the latest on what we know about the rampage that left six people dead and two injured.

The suspect may have switched cars

Dalton was a driver for Uber -- and even picked up fares in between the shootings, a source close to the investigation said.

Matt Mellen told CNN he rode in Dalton's car just before the shootings started. Later, after Dalton's arrested, he recalled something odd.

During the hours-long search for the gunman Saturday night, authorities said they were looking for a silver or dark blue car.

A few hours before the rampage started Saturday, Dalton walked into Southwick's -- a gun shop in the nearby city of Plainwell, owner Jonathan Southwick said.

Dalton was a regular at the store. He smiled, laughed and hugged an employee, Southwick said.

He spent about 10 minutes in the store before purchasing a "heavy duty" jacket that could conceal a small pistol.

The gun store owner said Dalton never gave him any reason to be alarmed.

Police found 11 rifles in his house

As authorities try to gather more clues about Dalton's life, they found 11 rifles at his Kalamazoo home, a law enforcement official told CNN.

The suspect is married with two children. Family members said they are bewildered about what happened.

"This type of violence has no place in our society, and we express our love and support for everyone involved," the Dalton family said in a statement. "We intend to cooperate in every way that we can to help determine why and how this occurred."

The evidence suggests the same gun

Police said the only apparent connection between the suspect and the victims was his semi-automatic pistol -- which is consistent with the shell casings found at each scene.

But the evidence didn't help in determining the motive.

"My best sense is that it was somebody who was having an issue at the time and for whatever reason they decided to do what they did," Kalamazoo County Sheriff Richard Fuller said.

The suspect will remain in jail

Dalton was charged Monday with six counts of murder, two counts of assault with intent to commit murder and eight firearms charges.

He showed no emotion as the charges against him were read. At a probable cause hearing just before an arraignment, detectives testified that Dalton said he told them that he "took peoples' lives."

The youngest victim is holding on

A 14-year-old girl in one of the passenger seats, Abigail Kopf, was gravely injured. She remains in critical condition at Bronson Children's Hospital.

"In spite of the seriousness of her injuries, we are encouraged by the relative stability over the last few days and her responsiveness to her parents and our team," Medical Director Dr. Aaron Lane-Davies said.

They also expressed sympathy for the family of the alleged gunman.

"Our thoughts are with the Dalton family who also are suffering at this time," the Kopfs said. "We want his family to know we don't hold anything against the family members."