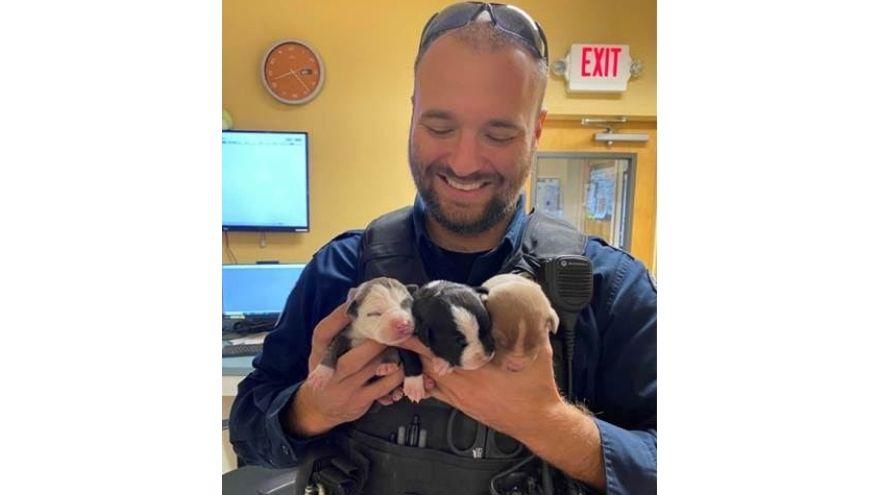 LOUISVILLE, Ky.—An officer with the Louisville Metro Police Department saved three tiny puppies that were found inside of a backpack during a crash investigation.

On November 19, the officer responded to the scene of a crash and heard “unusual noises,” according to a post on the Louisville Metro Police Department’s Facebook page.

The officer located three little pups in a zipped-up backpack.

Police said the driver had outstanding felony warrants and narcotics.

Though officers were unable to locate the puppies’ mom, the pups were taken to a local veterinary clinic and where they were bottle fed.

Police officers named the pups Ali, Larkwood and Madison, after the streets near where they were found.