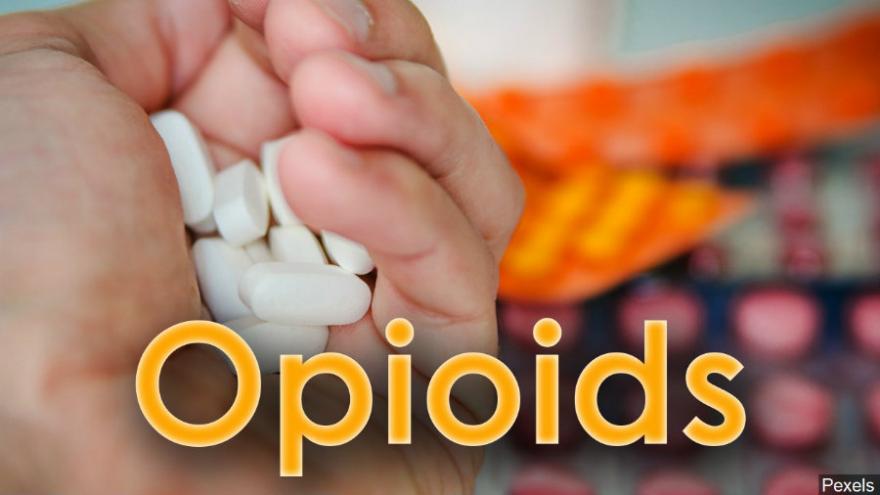 (CNN) -- The attorney general of Kentucky is suing the maker of the opioid painkiller Opana ER, accusing Endo Pharmaceuticals of fraud and deception that resulted in a sudden spike of overdose deaths.

Attorney General Andy Beshear said Monday that "Endo put its profits above the lives of our people and above patient safety."

The lawsuit says that in 2010, according to the Kentucky Office of Drug Control Policy, 2% of overdose deaths in the state were due to oxymorphone, the active ingredient in Opana ER. But the next year, that number was 23% of all overdoses, according to the lawsuit.

One person who died of an Opana ER overdose in 2012 was 21-year-old T.J. Walden, who was in the Kentucky National Guard. His mother, Emily Walden, said Monday at Beshear's news conference, "It is time that Endo pay for their actions that have led to death and destruction throughout Kentucky and across our entire country."

Beshear blamed the deaths on deceptive marketing that downplayed the risks of Opana ER and overstated its benefits. He said the company first persuaded doctors to prescribe an addictive drug for minor pain and then the company discovered it was being abused.

Matthew Maletta, Endo's executive vice president and chief legal officer, said, "The public statement made by Kentucky Attorney General Andy Beshear today in connection with filing suit against Endo that this organization and its dedicated employees seek to 'line their pockets at the expense of communities' is patently offensive. We intend to vigorously defend the company against the claims set forth in this lawsuit."

Endo is also facing lawsuits in at least four other states: Missouri, Oklahoma, Ohio and Mississippi. Last year, New York Attorney General Eric Schneiderman settled with the company after an investigation revealed that it improperly marketed Opana ER and "provided a false sense of security to health care providers and their patients." Among the attorney general's findings was that "Endo improperly instructed its sales representatives to diminish and distort risks associated with Opana ER, including serious dangers involving addiction." The company agreed to halt its deceptive marketing practices and was assessed a $200,000 penalty for its unlawful conduct, Schneiderman said.

In September, a coalition of 41 state attorneys general subpoenaed documents from Endo and four other drug makers as part of a widespread fraud investigation.

This year, the US Food and Drug Administration pressured Endo to stop selling Opana ER, saying its risks outweighed its benefits. Endo said its decision to halt sales of the drug from the market was not an admission that it was unsafe.

CNN reported that despite pulling Opana ER off the market on September 1, Endo reached an agreement with a competitor to split the profits on a generic version of the drug still on the market. The brand-name version taken off the market had different inactive ingredients, including a hard coating to make it difficult for users to crush and snort. However, the FDA found that drug abusers quickly learned to melt and inject the drug, which led to outbreaks of HIV, hepatitis C and a rare blood disorder in rural areas of Indiana, North Carolina and Tennessee.

FDA Commissioner Scott Gottlieb announced Friday that the agency is reviewing the safety of the generic as well. Data presented at an FDA meeting in March showed that the generic version had the highest abuse rate of any opioid.