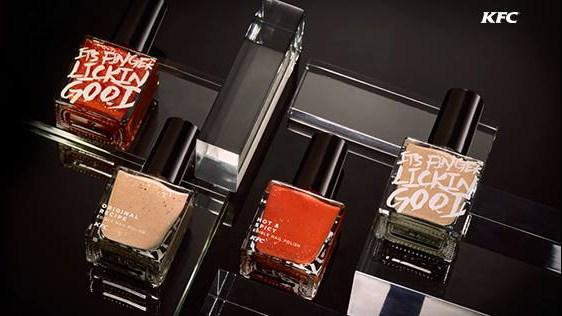 KFC in Hong Kong has created two nail polishes that "taste like chicken," according to an article in AdWeek.

In a press release posted on Racked, the company suggests the nail polish will appeal, "to young consumers' love of food and fashion."

The company says after the nail polish dries, you can "lick - again and again and again to taste why the world's favourite chicken is Finger Lickin' Good," according to the press release.

KFC is asking fans on its Facebook page to vote for their favorite flavor.