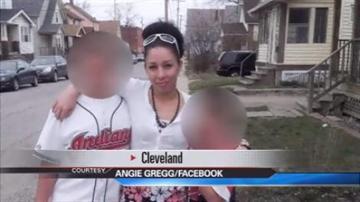 The man suspecting of holding three woman hostage for a decade has ties to the Fort Wayne area.

The ABC affiliate in Fort Wayne found a photo of Angie Gregg on Facebook. In the photo she is standing outside what's tagged as her dad's home in Cleveland, which is the same home the three missing women were found in.

Gregg apparently visited him as recently as March.

Investigators aren't sure if she ever went inside the home.