Kim Jong Un complains of US 'hegemonism' as summit nears 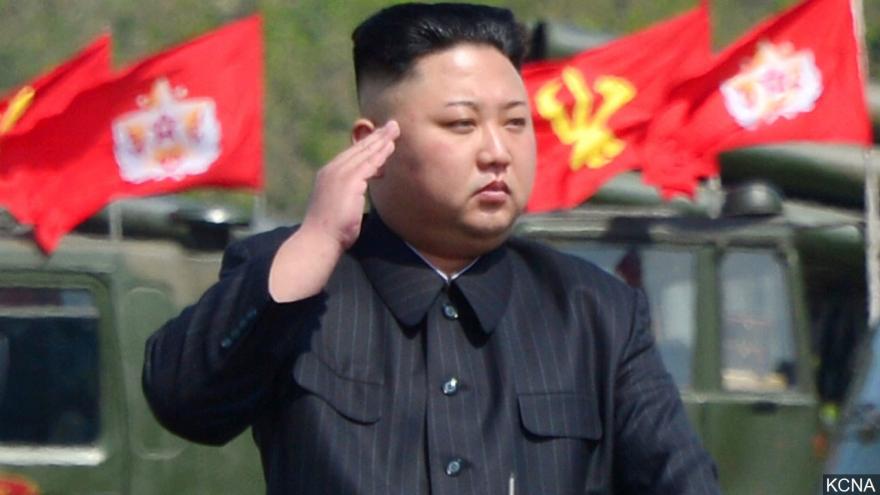 TOKYO (AP) — North Korean leader Kim Jong Un complained of "U.S. hegemonism" to Russia's visiting foreign minister on Thursday, as one of his top lieutenants was in New York trying to pave the way for a summit with President Donald Trump in Singapore next month.

Kim told Sergey Lavrov that he hopes to boost cooperation with Russia, which has remained largely on the sidelines in recent months as Kim has made a major diplomatic outreach to the United States as well as to South Korea and China.

"As we move to adjust to the political situation in the face of U.S. hegemonism, I am willing to exchange detailed and in-depth opinions with your leadership and hope to do so moving forward," Kim told Lavrov.

Kim has previously made harsher comments and even threatened to launch nuclear attacks on the United States numerous times. But his comments Thursday come at a sensitive moment, when a senior North Korean official is in New York for talks with Secretary of State Mike Pompeo on the planned summit.

Since January, Kim has significantly toned down his rhetoric against Washington and Seoul and tried to reach out to them following a year of heightened nuclear tensions that saw increased fears of war on the Korean Peninsula.

But continuing differences between the two countries led Trump to abruptly cancel the planned summit last week, and then quickly announce that it might still be held as scheduled on June 12.

Despite having a border with North Korea and relatively cordial relations that President Vladimir Putin has seemed to want to develop further, Russia has kept a surprisingly low profile as Kim has emerged onto the world stage this year, meeting twice with Chinese President Xi Jinping and South Korean President  Moon Jae-in.

Lavrov's visit to Pyongyang suggests that Russia wants to become involved and make sure North Korea informs it of its intentions and is mindful of Moscow's concerns.

In their talks, Lavrov relayed Putin's "warmest regards and best wishes" for Kim's "big endeavors" on the Korean Peninsula. He also expressed Moscow's support for an agreement Kim reached with Moon at a summit last month that focused on measures to ease hostilities and increase exchanges between the two Koreas.

Video of the beginning of their meeting also showed Lavrov inviting Kim to Moscow.

According to Russian media, he also discussed ways to expand relations during a meeting with Foreign Minister Ri Yong Ho.

He vowed Russia's support for denuclearization and a broader effort to create a stable and long-lasting peace in the region, but indicated that Moscow believes sanctions can be eased while the process is in progress, which diverges from the U.S. position that denuclearization must come first.

"It's absolutely obvious that when a conversation starts about solving the nuclear problem and other problems of the Korean Peninsula, we proceed from the fact that the decision can't be complete while sanctions are still in place," he said.

As Lavrov was visiting Pyongyang, former North Korean intelligence chief Kim Yong Chol was in New York to discuss the agenda for the Trump summit with U.S. officials.