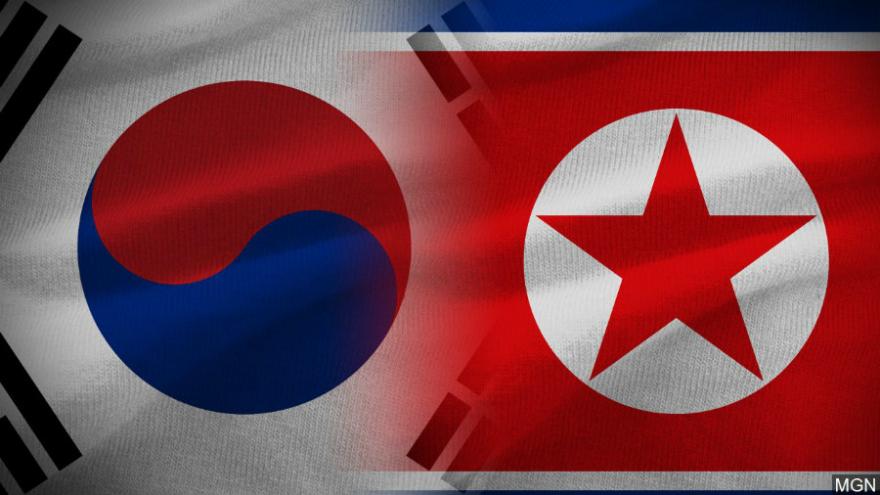 By Steve George, Will Ripley and James Griffiths, CNN

(CNN) -- The South Korean president has been invited to travel to North Korea, following a formal invitation from the country's leader Kim Jong Un, potentially setting up the first meeting of Korean leaders since 2007.

Saturday's meeting, the most significant diplomatic encounter between the two sides in more than a decade, could now be surpassed should Moon accept Kim's invitation to visit Pyongyang later this year.

President Moon responded to the invitation by saying "we should accomplish this by creating the right conditions," adding that talks between North Korea and the United States were needed for the improvement of North-South relations, and requested that North Korea be more active in talking with the US, according to Kim Eui-kyeom.

Images from the lunch meeting at the Blue House, which was broadcast live on South Korean TV, showed Moon sat in front of Kim Yo Jong, rather than Kim Yong Nam, technically the more senior official present in the meeting, and head of the North Korean delegation.

The younger Kim's trip to the South marks the first time that a member of the North's ruling dynasty has visited since the Korean war, which ended in an armistice in 1953.

Analysts noted that Kim Yo Jong was shown holding a blue folder adorned with a gold seal, which she later placed in front of her on the table, leading to speculation in South Korean media that it could contain a personal letter from her brother to the South Korean president.

Such a high-level meeting would have been unthinkable even a few months ago, but 2018 has seen an accelerated rapprochement between the two adversaries in the run up to the Games.

Moon has expressed his intention to use the Winter Olympics as a chance to make diplomatic inroads with the North and restore normalized communications, following months of high tensions on the Peninsula.Speaking at his swearing in ceremony last year, Moon said he would be willing to travel to Pyongyang "under the right conditions," adding that "for peace on the Korean Peninsula, I will do everything that I can do."Other members of the North Korean delegation present at Saturday's meeting included Ri Son Gwon -- who led the first sit-down talks at the Demilitarized Zone (DMZ)earlier this year, and Choe Hwi. South Korean participants included senior officials Jeong Eui-yong, Jo Myong-gyoon and Im Jong-suk -- the chief presidential secretary.

Dialogue with the US

Saturday's meeting follows a brief encounter between the two parties at the Olympic Opening Ceremony Friday, in which Moon twice shook hands with Kim Yo Jong.

The apparent thaw has not been reflected in Washington, however. US Vice President Mike Pence, sitting a few seats away in the same Opening Ceremony VIP booth, looked stony faced as the scene unfolded.

Pence, who is leading the US delegation to the Olympics, has accused Pyongyang of using the event for its own ends. "We will not allow North Korean propaganda to hijack the message and imagery of the Olympic Games," he said in Japan earlier this week.

Pyongyang has ruled out a meeting with the US delegation during the Winter Games. Jo Yong Sam, department director general of North Korea's foreign ministry, said Thursday the country had never "begged the US for dialogue" and wasn't about to start now.

"We have no intention to meet the US side during our visit to South Korea," Jo said in a terse statement reported by state-run news agency KCNA.

The US has given mixed signals about its willingness to talk. Pence appeared to leave the door open for negotiations earlier this week when he said, "I haven't requested any meeting. But we'll see what happens."

'Calm before the storm'

Diplomatic sources with deep knowledge of North Korea's activities told CNN that despite outwardly positive signs and indications of a "charm offensive" from Pyongyang, what's "unclear and bizarre" is there has not been any concurrent diplomatic movement from North Korea's Ministry of Foreign Affairs.

Sources told CNN that the sending of ceremonial head of state Kim Yong Nam and Kim's sibling Kim Yo Jong reads as more of a symbolic act than any concrete diplomatic initiative by North Korea.

Since diplomatic efforts are "almost zero," sources said this may signal a "calm before the storm," with North Korea quietly preparing its next moves for after the Olympics.