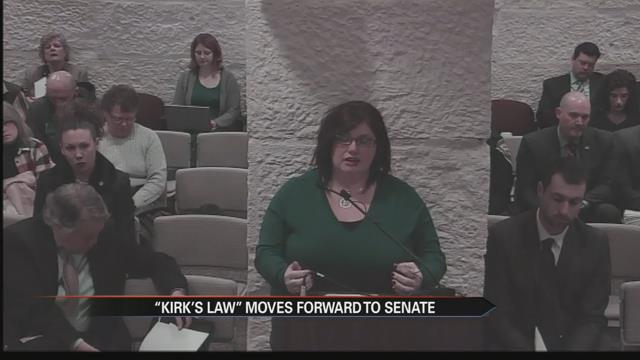 Kirk's Law, which would create a child abuse registry in the state of Indiana, passed a Senate committee Thursday.

The law was inspired by the family of Kirk Coleman who died in 2014. His babysitter, 58-year-old Jackie Rolston, has been charged with battery resulting in the death of a child.

Angie Garza, Kirk's grandmother, spoke at the hearing and described what it was like to learn her grandson was being watched by someone with a previous charge of battery and neglect.

The bill will move on to the full Senate.