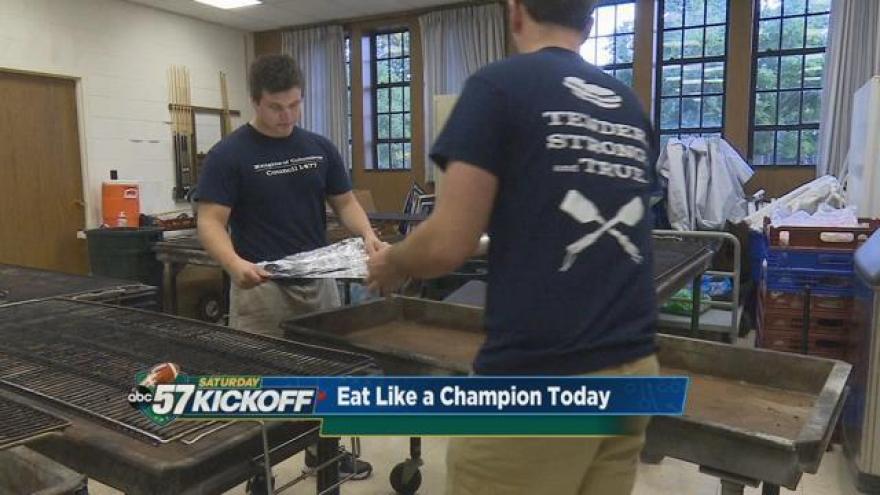 It’s a Thursday evening, and the Notre Dame Knights of Columbus are already prepping for game day.

“So usually Thursday or Friday before steak sales we’ll foil the grills,” said Kyle Hendrix, Chancellor of the Knights of Columbus. "Then Saturday comes, usually we light the first grill around 7:15 A.M. takes about an hour for it to be ready."

Their steak sandwiches have been one of the staples of every Fighting Irish home game for years.

“The steak sales have been going on since 1973, where a few guys started grilling steak sandwiches on game weekends,” Hendrix said.

But any Knight will tell you, the sale is about much more then biting into a juicy steak.

They’ve raised nearly one million dollars for charity since the beginning. The money goes to charities in the South Bend area.

That’s what attracted them to the organization.

“Slowly but surely I saw the value that we added to the community, and I was able to get connected to some wonderful non-profits in the South Bend area,” said Brendan Coyne, President of the Knights of Columbus.

And why do they think the sandwiches are so good?

“It’s just some steak seasoning, but we have it marinating in the sauce for a couple of hours before we go ahead and serve it which makes it nice and tender,” said Coyne.