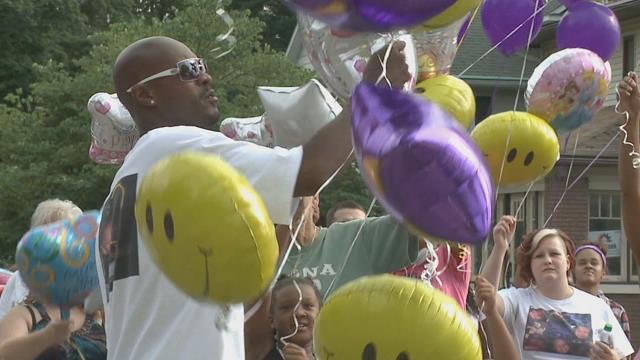 Three years after 7-year-old Kristyana Jackson of Elkhart died from a gunshot wound after her family was assaulted at their home, both the family and police say holding on to hope is the only option.

Police say the case is complicated and are tight lipped regarding updates. They say leads do continue to come in but the case remains unsolved.

Family members keep Kristyana’s memory alive and strong in hopes that somebody will reveal key evidence that solves their daughter’s murder.

August 19th marks the day Kristyana lost her life and now every year on this day family and friends say “We love you Kristyana” as they release balloons in her favorite color, purple.

“She was a baby like who’s the last person to get murdered at seven years old in this community,” says Kimi Jackson, Kristyana’s mother.

Kristyana’s family was torn apart after she was shot and killed by a random attack outside the family’s home. They say time has not healed any wounds.

“It’s pretty much the same just like the night it happened nothing goes away you still see it you still hear it you relive it every day,” says John Jackson, Kristyana’s Father.

Police say they have turned every single rock around the family’s home in search for clues but the case remains unsolved.

“Not in a million years did I think it would take this long so it’s just really sad to me that it is taking this long,” says Kimi.

Police say the case has not gone cold and they continue to receive leads hoping that someone will reveal information to mend this father's broken heart and answer his plea.

“Who murdered my baby will you please say something?” asks John.

The family continues to fund raise to keep up Crime Stoppers billboard up in the community.

They want anyone who has information that will bring justice to their daughter to come forward.