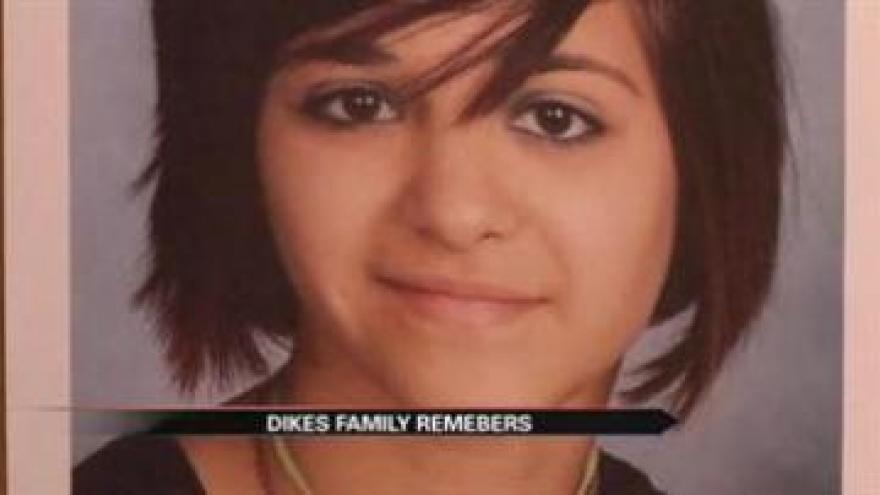 ELKHART, Ind.-- The parents of 20-year-old Krystle Dikes shared their memories with the media on Saturday and reflected on her life. Krystle Dikes' mother said she had lunch with her daughter in Elkhart on Wednesday just hours before she was shot and killed at the Martin's Supermarket.

Juanita Whitacre said, “I dropped her off at the house, and that was the last time I saw her. And the next thing I heard about her was when the police were knocking on the door.”

Her mother says Krystle was a force, compassionate, and determined to be independent.

Krystle's family described her as someone who had a heart for the less fortunate because she was always willing to be a friend to someone who didn’t have one.

Charlotte Dikes said, “You were not only an angel on earth, but you are now an angel in heaven.”

Krystle's stepmother was trembling when she told the media she was angry, and not sure how to handle her grief.

Shaun Dikes said, “They courageously risked their lives so that more families don’t have to feel our pain.”

Dikes smiled as he remembered his daughter picking out her future wedding dress.

Shaun Dikes said, “There was no date, no engagement. It was 'wow' that is perfect and when that day comes, that’s it!”

Juanita Whitacre said her daughter's recent move from Muncie to Elkhart gave her the opportunity to pursue her dreams and start living on her own.

Just days before her death, Kristle was looking into renting her first apartment by herself.

Whitacre said, “I’m still falling apart in waves. Mornings are awful. Waking up and realizing that it wasn’t a bad dream, but it’s real, and she’s not coming back.”

Whitacre said it's hard to realize her daughter is gone when just days ago they were discussing her future plans in the Martin's Side Door Deli.

According to her family, Krystle had aspirations of teaching special needs children one day.

Whitacre said, “She took to people who had problems and tried to help them. She was there for them in their hour of need and she would help them no matter what their problem was.”

Krystle's stepfather, David Whitacre, said their family finds peace in this tragedy because of their faith in God. The Whitacres talked with their pastor at First Baptist Church in Elkhart on Saturday, and found comfort in knowing Krystle doesn't have to suffer anymore.

David Whitacre said, “If you lay your head down tonight and you hear the angels singing louder, and dancing harder, it’s because of Krystle.”