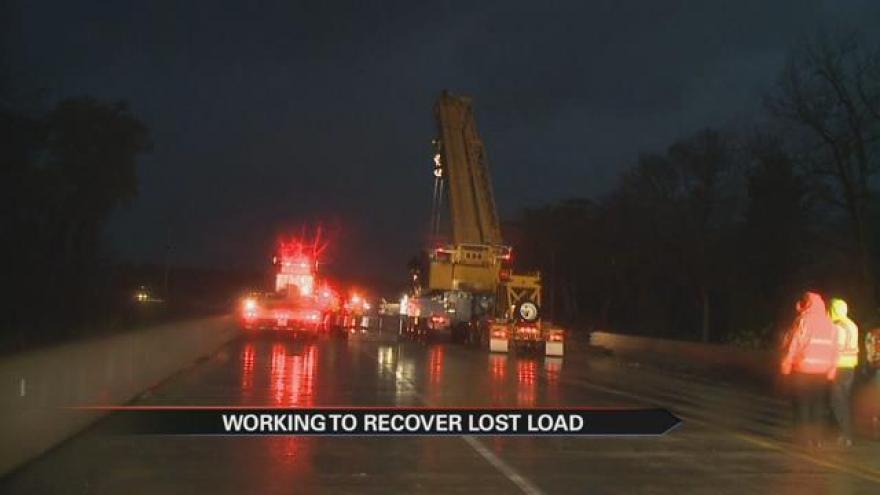 Around 2 p.m. Friday afternoon, a major roadway in southern La Porte County closed temporarily. The county’s scuba team is in the Kankakee River fishing out debris after a semi rolled over.

On U.S. 35 right by the river a semi-truck crashed and lost part a 25 ton steel coil just North of the Starke County line.

Officials say although this is not a huge worry, the sooner they get it out the better.

John Burger is a La Porte County Deputy and he’s in the scuba division.

“Trying to get it out of there, make it the safest as possible especially for the diver,” said Deputy Burger.

For hours on Friday he helped craft a plan to get a steel coil out of the Kankakee.

Deputy Burger confirmed the semi driver wasn’t hurt. According to burger the dive should be simple.

“What’s nice is that the coil is downstream, if it were upstream that would cause a risk going in and getting caught up,” said Deputy Burger.

Deputy Burger also said this was going to be fairly easy because that coil is still intact and rolled up. There is damage to some of the railing, but other than that this highway should be clear and ready to go as soon as crews finish.