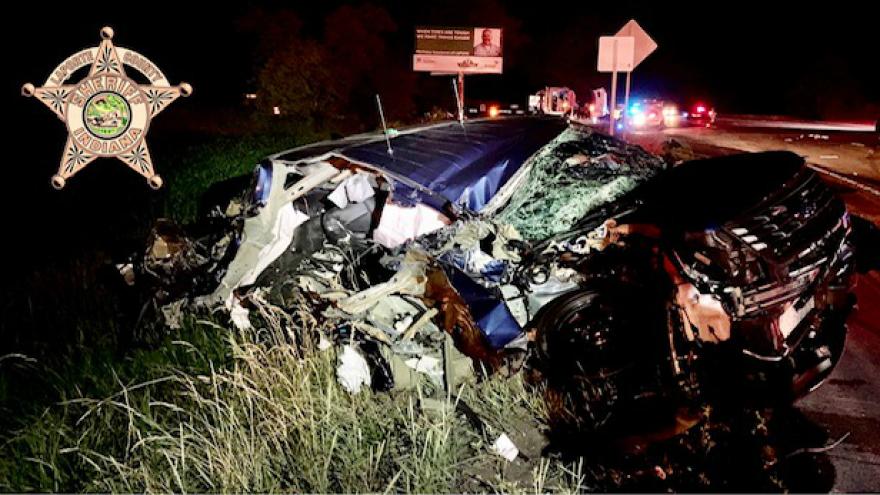 According to a Facebook post by the sheriff’s office, Hynek notified dispatch he was in a car crash at 10:02 p.m.

At 10:03 p.m., Sergeant Jeff Wright arrived at the scene and rendered aid to Hynek. Hynek complained to Wright that he had pain in the right side of his body.

A medical helicopter arrived at the scene and took Hynek to Memorial Hospital. Hynek was treated and released at approximately 1 a.m. Saturday morning.

James Futch, 50, approached Wright at the scene stating that he was the other driver involved in the crash. Futch was not injured.

Futch has been driving a white 2020 Mack truck and was traveling south on CR 450 East. Hynek had been going west on US 20 at CR 450 in his blue 2017 Ford Explorer Police Interceptor.

According to officials, Futch failed to yield and crossed US 20 directly into Hynek. Hynek was unable to avoid colliding with Futch.

Futch was issued a citation for failure to yield.

Futch was transported to the hospital for toxicology tests and the results are pending. Alcohol is not believed to be a factor in the crash.

As of late afternoon on Saturday, Officer Hynek was walking around freely without any assistance. He was reported to be very stiff and sore by midday Sunday.