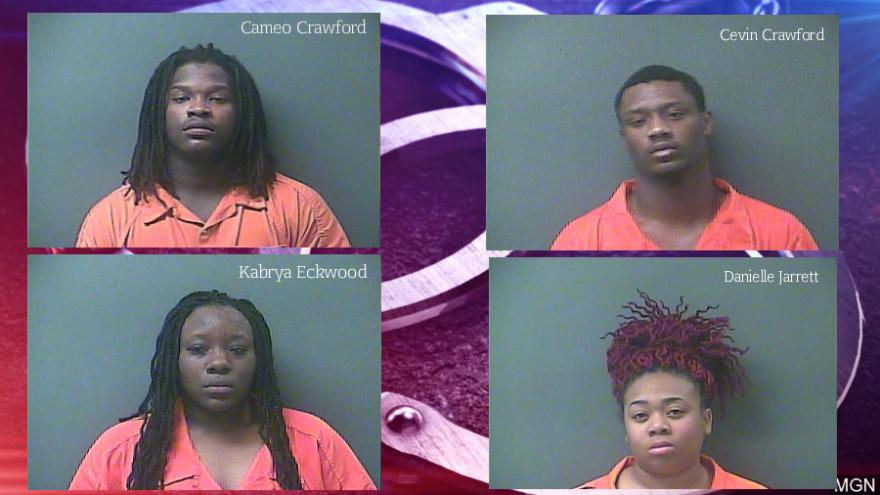 The arrests followed two investigations that began on April 18th.

The arrest was made after they observed him leaving a home in the 1000 block of Salem Street.

A search of the residence Crawford was seen leaving resulted in the arrest of Danielle Jarrett, 29, for, maintaining a common nuisance and two counts of neglect of a dependent.

Officials say the search also resulted in the seizure of two firearms, marijuana, ecstasy, and a disclosed amount of money.

Both were booked into the La Porte County Jail. Crawford remains in jail on a $45,000 cash only bond. Jarrett was booked but later posted a $750 cash bond.

The second investigation began on April 24th on Bies Street. The investigation resulted in the arrest of 20-year-old Cevin Crawford.

According to investigators, Cevin and Cameo Crawford are brothers.

A handgun was found in the residence, which executed a warrant for Crawford.

Cevin Crawford was wanted through La Porte County for the possession of a firearm without a permit. Crawford had a warrant in Council Bluffs, Iowa as well, for 2nd degree robbery and burglary 1st and 3rd degree.

Kabrya Eckwood, 22, was arrested through the investigation, as well. Eckwood was charged with allegedly assisting a criminal, resisting law enforcement, disorderly conduct, and possession of marijuana.