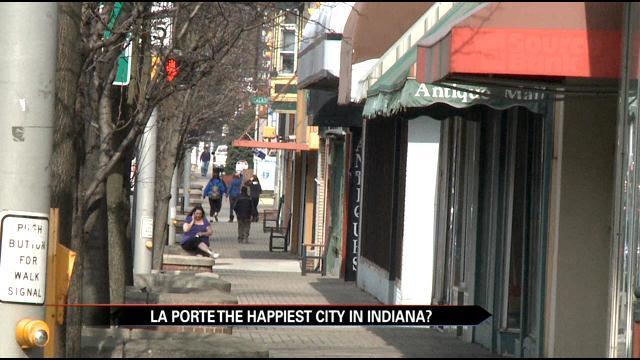 She believes this starts with economic growth.

“Happiness is built with the opportunities for earned success and to feel as though you've added value in some capacity to the world around you,” said Milo.

“She stopped in here and asked how things were going, came to our open house, she's a hands on mayor,” said Gasaway.

Gasaway is looking to hire a few more employees to his company of 20.

Milo says those tax abatements are just the beginning in making La Porte an enticing place for business developers.

“When a potential future CEO is coming to look at a community as to whether or not they want to locate there, they're also looking at quality of life factors,” Milo said.

Since Milo took office in 2012, about 500 positions have been created in La Porte companies, and 1000 have been retained.

The majority of new jobs come from Alcoa, which is expanding to offer almost 400 new positions.

“If another manufacturing company comes into town, maybe they need somebody to make some specialty nuts and bolts and that's where we come in,” Gasaway said.

Other aspects of this happiness plan includes infrastructure and transportation improvement.