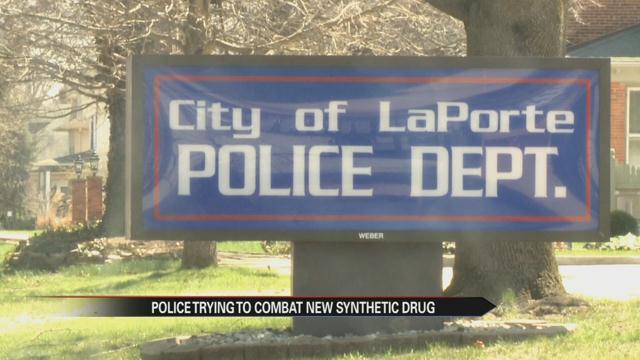 La Porte City Police took to social media to put out the call to be on the look out for a new designer drug.

The drug has killed at least two people in Fort Wayne in the past several weeks, and put and another in the hospital.

It’s synthetic Xanax, a pill made to look like Xanax that is actually made of dangerous chemicals.

While authorities haven’t seen it in Michiana yet, they’re always on the lookout for drugs in nearby areas.

La Porte county and city law enforcement work together to catch new drugs before they come in the area, but it isn’t easy.

Deadly synthetic drugs are manufactured to be one step ahead of the law, often sold before laws can be passed banning them.

Police say now more than ever, new drugs spread from one area to another very quickly.

“It’s certainly gotten worse in recent years. Chemicals are becoming more and more available. The internet supplies an awful lot of information. What may be popular in the state of California is unheard of here, but through the internet it’s really, literally just next door,” Captain Mike Kellems, of the La Porte County Sheriff’s Department said.

Kellems says the county and city police, along with agencies outside the county work together to keep each other informed.