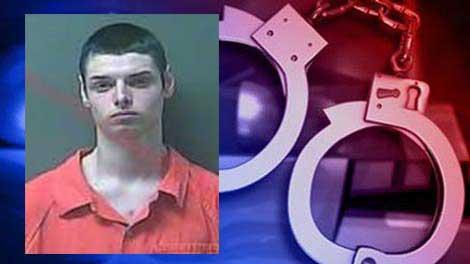 An 18-year-old from La Porte has been charged with rape and child molesting for allegedly assaulting a 12-year-old girl on Christmas day, according to La Porte Police.

The 12-year-old told police 18-year-old Troy Hensley was at her home on Christmas day and he was asked to leave.

A short time later, the victim was walking from a neighbor's house when Hensley grabbed her, threw her to the ground, held his hands over her mouth and sexually assaulted her, according to police.

The victim reported the attack to her parents and was taken to IU Health La Porte then South Bend Memorial Hospital for examination and treatment.
Hensley was taken into custody on December 26.

At first Hensley denied the allegations against him but later admitted to police to inappropriately touching the girl— but not to the degree that he was accused.

Hensley also had outstanding warrants for intimidation and theft.

In early December Hensley was accused of stealing a PlayStation game from the Game Emporium.

The next day he allegedly threatened a 13-year-old boy after he caught Hensley stealing from Family Express.

He is being held at the La Porte County Jail on $25,000 bond and is due in court in February.