A big warm up this past week has led to a quick demise of the Lake Michigan ice shelf. Winter has been warmer than normal so far, and up until mid-January there was very minimal ice on the lake.

This changed when temperatures finally started dropping during the second half of January, and the Lake Michigan ice cover peaked last Friday on February 1st! 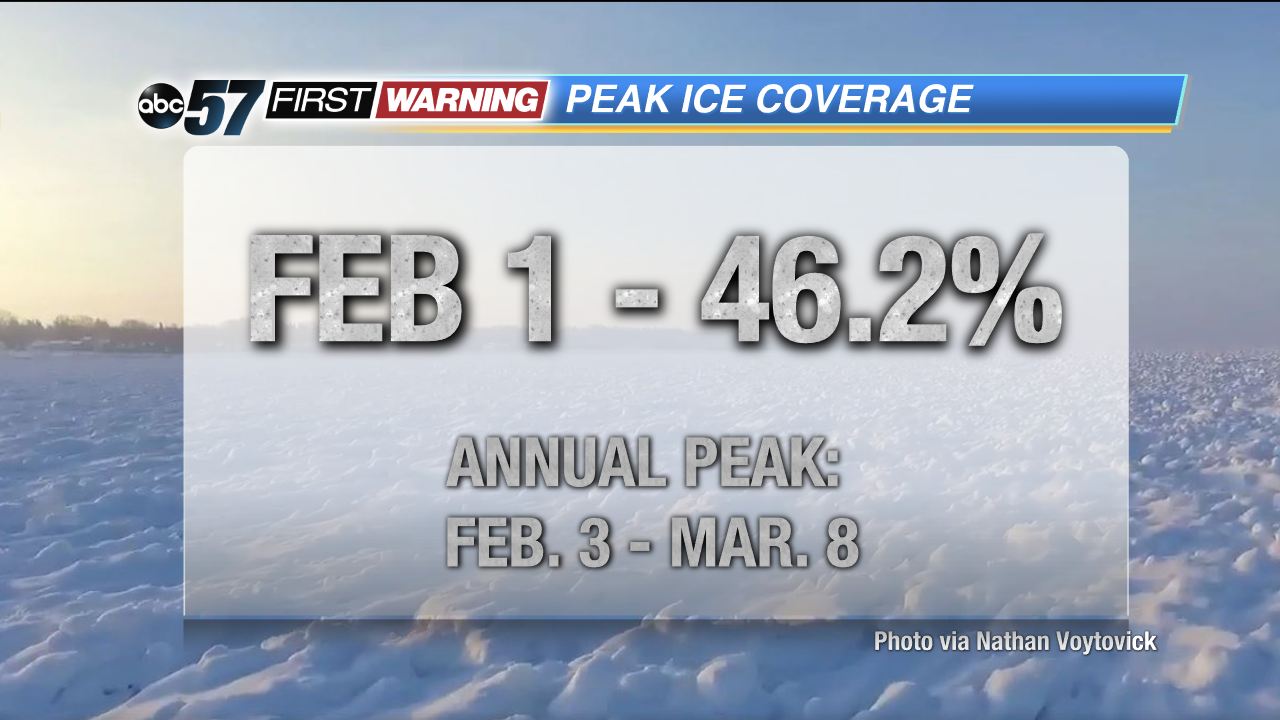 Since warm air moved in last Saturday, the ice coverage has gone from over 46% to 22%. The majority of ice is left along our eastern shores, in the Mackinaw Straights and Green Bay. It is very likely that the ice coverage will not build back up to this extent before winter ends. 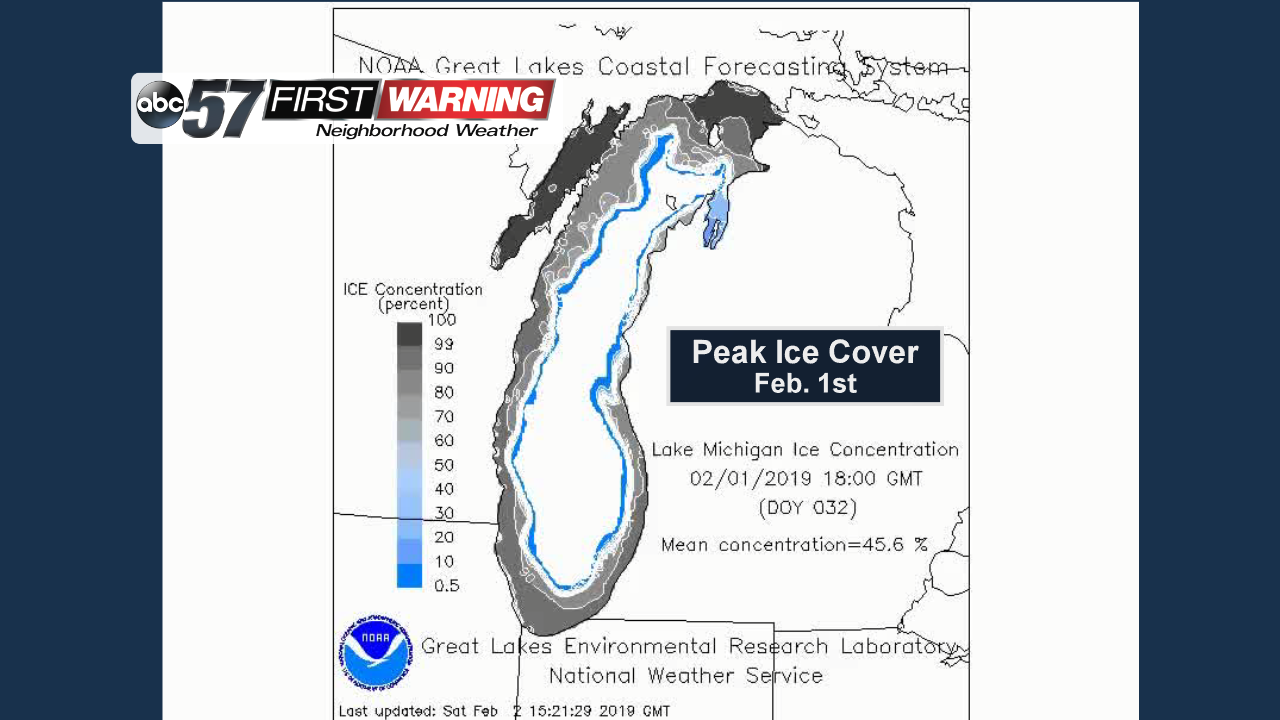 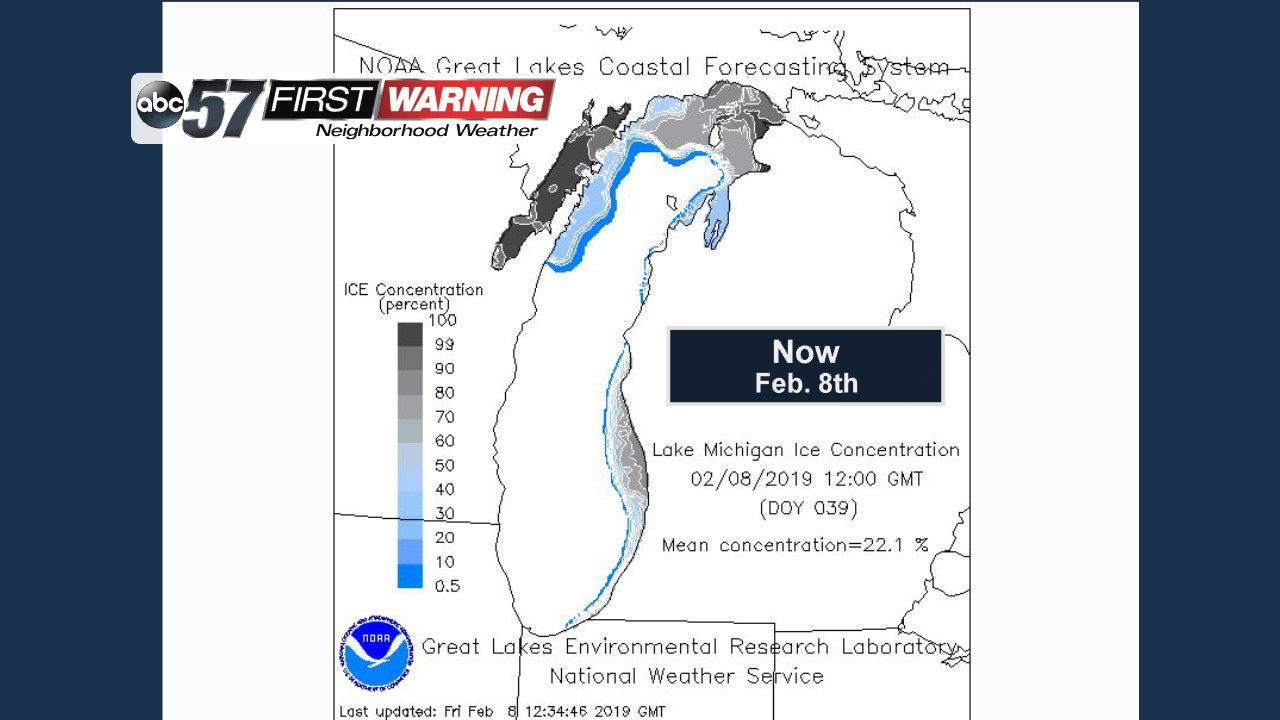 After doing some digging, it is clear there has been an average decline in annual ice coverage on Lake Michigan over the years.

The records for Lake Michigan ice cover only go back to 1973. This leaves the study somewhat incomplete, especially since the 70s was a decade known for serious cold and lots of snow. However, from 1973 to the mid-1990s, the lake used to ice over more than it has from the late 1990s to now. 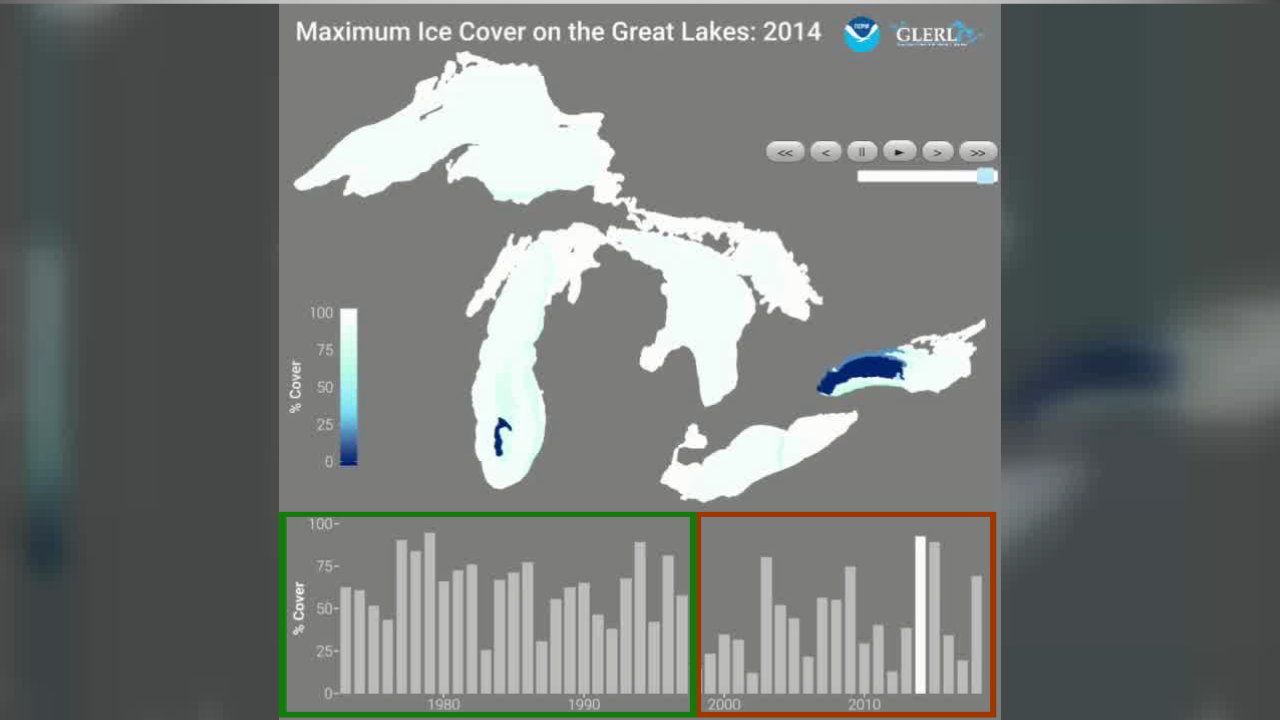 Lake Michigan has never been 100% covered in ice. However, it has been over 90% covered in 1977, 1999, and recently in 2014. Believe it or not, the average peak ice cover on Lake Michigan per year is only 39%. That means this year we have had above normal ice cover since we peaked at 44.6% coverage last Friday.

The lower the ice coverage on Lake Michigan, the more lake effect snow we can see throughout the winter.