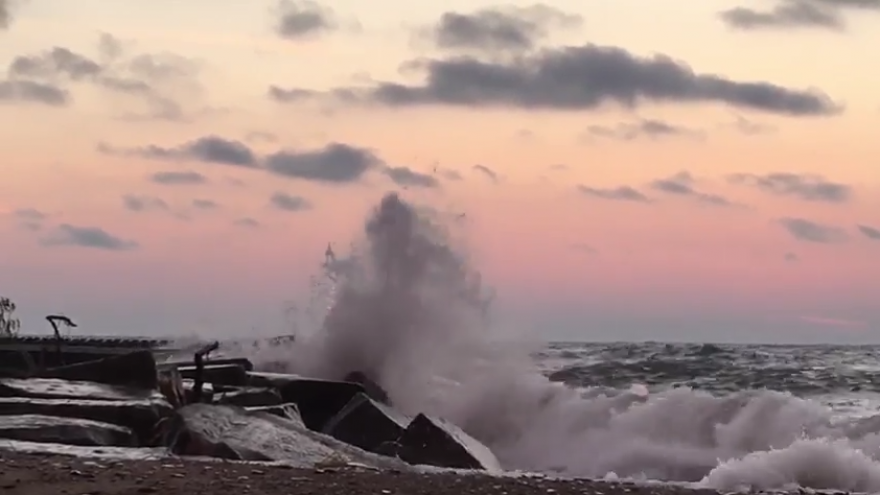 Lake Michigan is at it again. This time, the lake has tied its all-time record water level for the month of July.

Lake Michigan-Huron is tied for its highest water level EVER for the moth of July. Big waves created dangerous swimming and more erosion today in New Buffalo, among other locations.

The current level of Lake Michigan-Huron is 581.96' according to the July 5th report from the US Army Corps of Engineers. 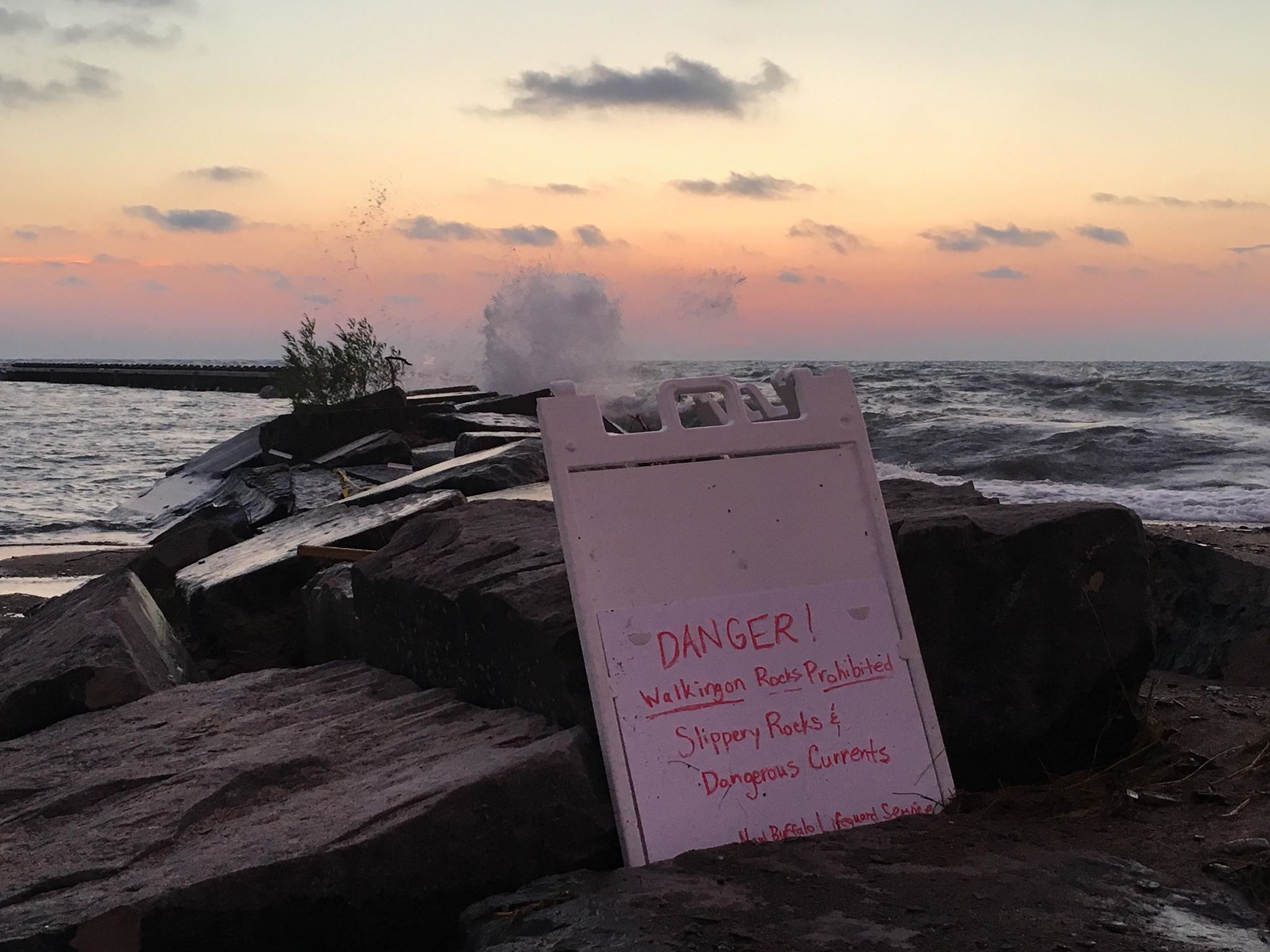 New Buffalo Beach officials warn of dangerous conditions on the jetty due to high water, waves and currents. Nathan Voytovick
The current level is also 31" higher than the long-term monthly average of July, and the same level as the all-time record high reached back in 1986! 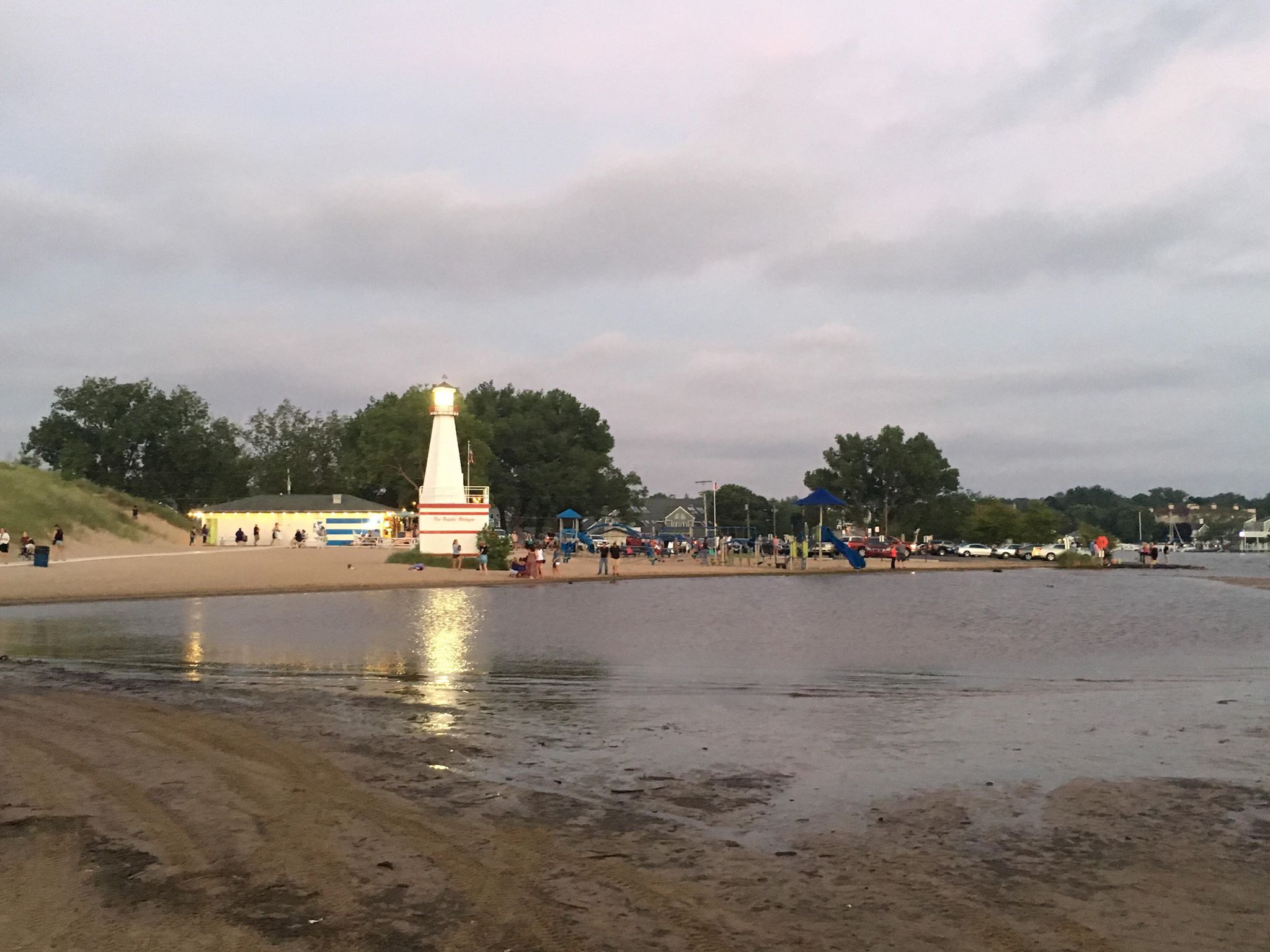 The area under water in this photo is typically sandy beach. Nathan Voytovick
It's not just the numbers that are staggering, though. The impacts being felt in communities along and near Lake Michigan are very real. That includes New Buffalo, which is seeing considerable beach erosion and flooding along the beach.

Saturday's large waves and northwest wind just added insult to injury by sending more lake water up onto the beach and jetty. And with the lake being so high, water is more frequently washing up and over the jetty.

According to the New Buffalo Police Department, there were two separate instances of people injuring themselves by falling off the rocky jetty this past week. 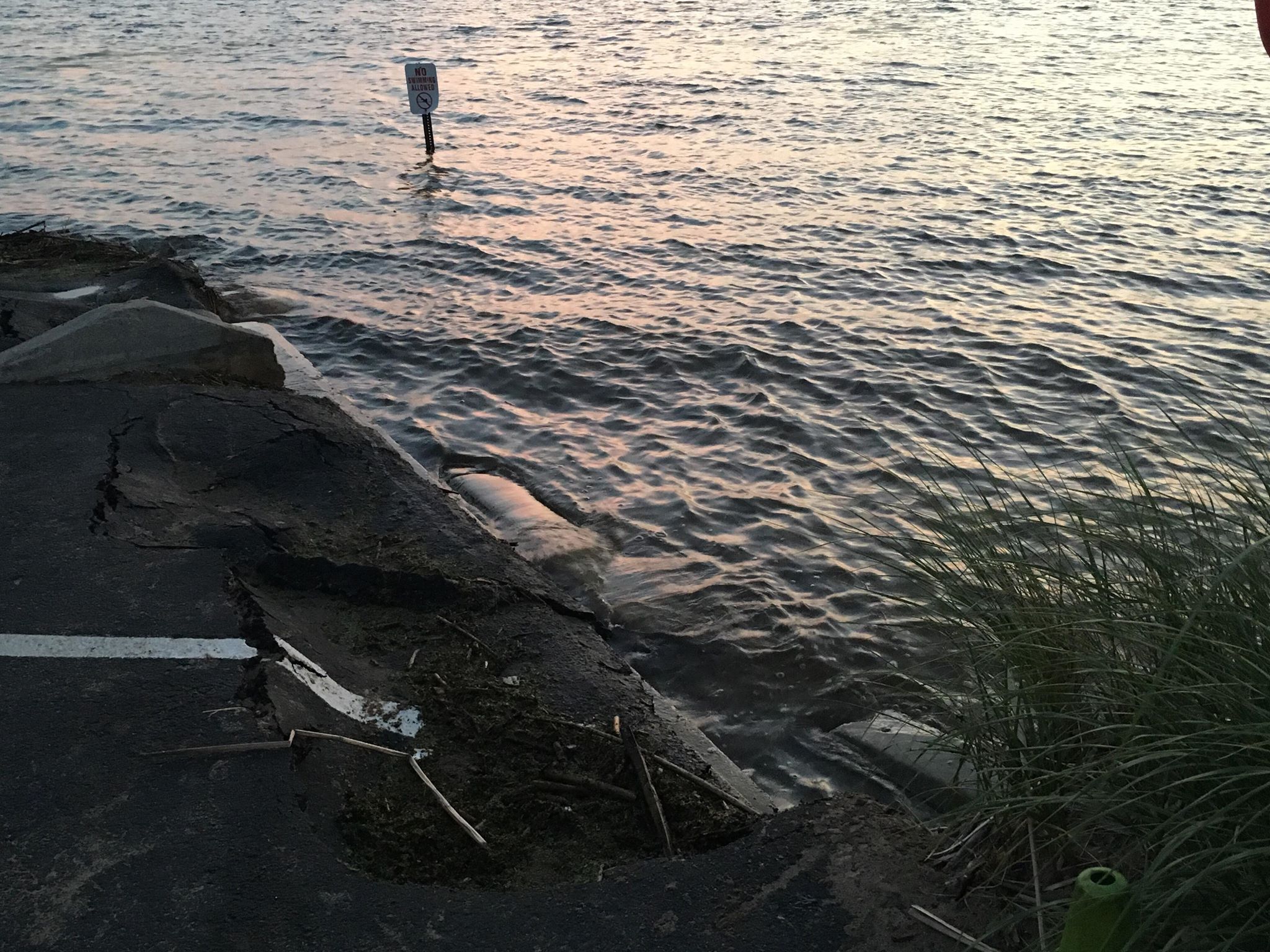 Beach parking lot beginning to crumble. The sign in the picture is at least 3 feet under water. Nathan Voytovick
It's not just New Buffalo, though. Many lakeside communities like Michigan City, Bridgman, St. Joseph, South Haven, Saugatuck, and Grand Haven are dealing with the high lake levels, beach erosion and instances of coastal and lakeside flooding.

Unfortunately, the forecast from the US Army Corps of Engineers calls for an additional increase of two inches on Lake Michigan-Huron by August 5th.