Temperatures are expected to drop at the end of this week, and snow is a very real possibility in the forecast - both system snow and lake effect snow.

If you live in Michiana, you probably understand the basics of lake effect precipitation. 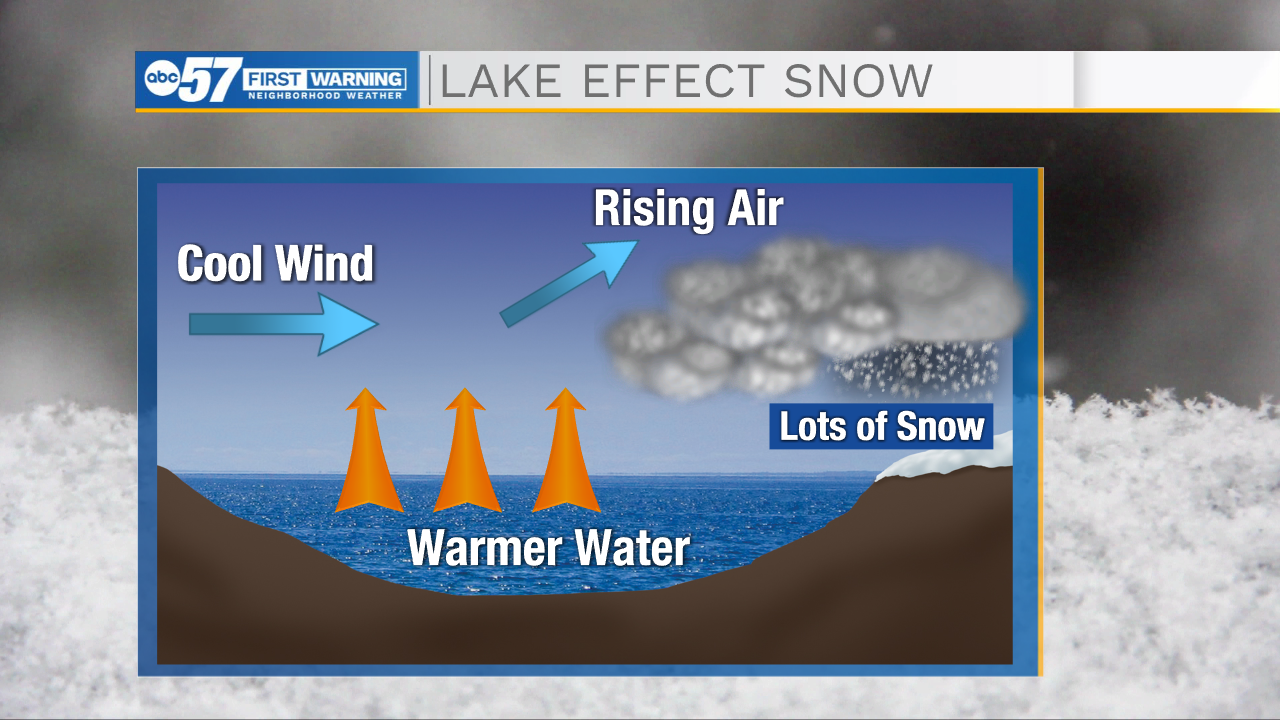 As cool air blows over warm Lake Michigan (not warm in the sense that you'd want to go for a swim, but warmer than the air temperature outdoors), it creates moisture. The warm, wet air rises and forms clouds.

The lake acts as a sort of blanket for areas close to the shore. If you've ever noticed on Michiana's temperature map that one town is warmer than others (for example, if Benton Harbor was at 40 degrees while the rest of inland Michiana was in the low 30s), this might be part of the reason. 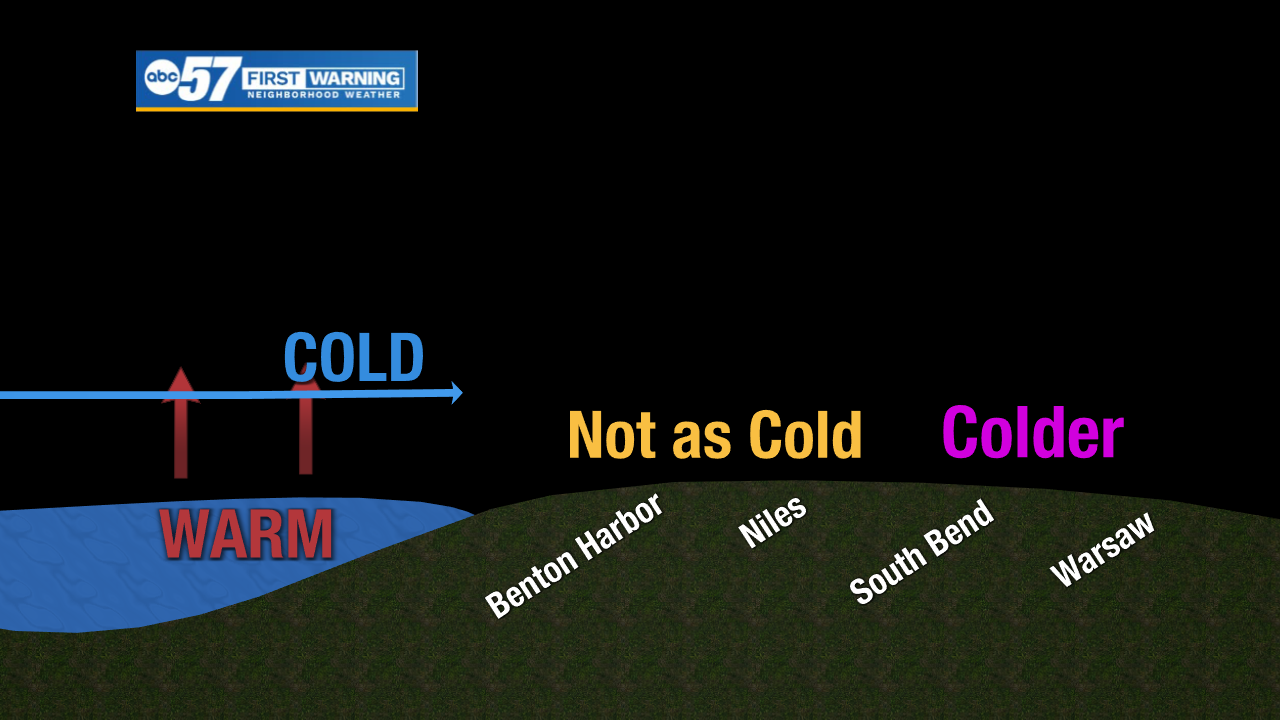 It could also mean those along the shore only see clouds or rain, while those farther away see snowflakes. 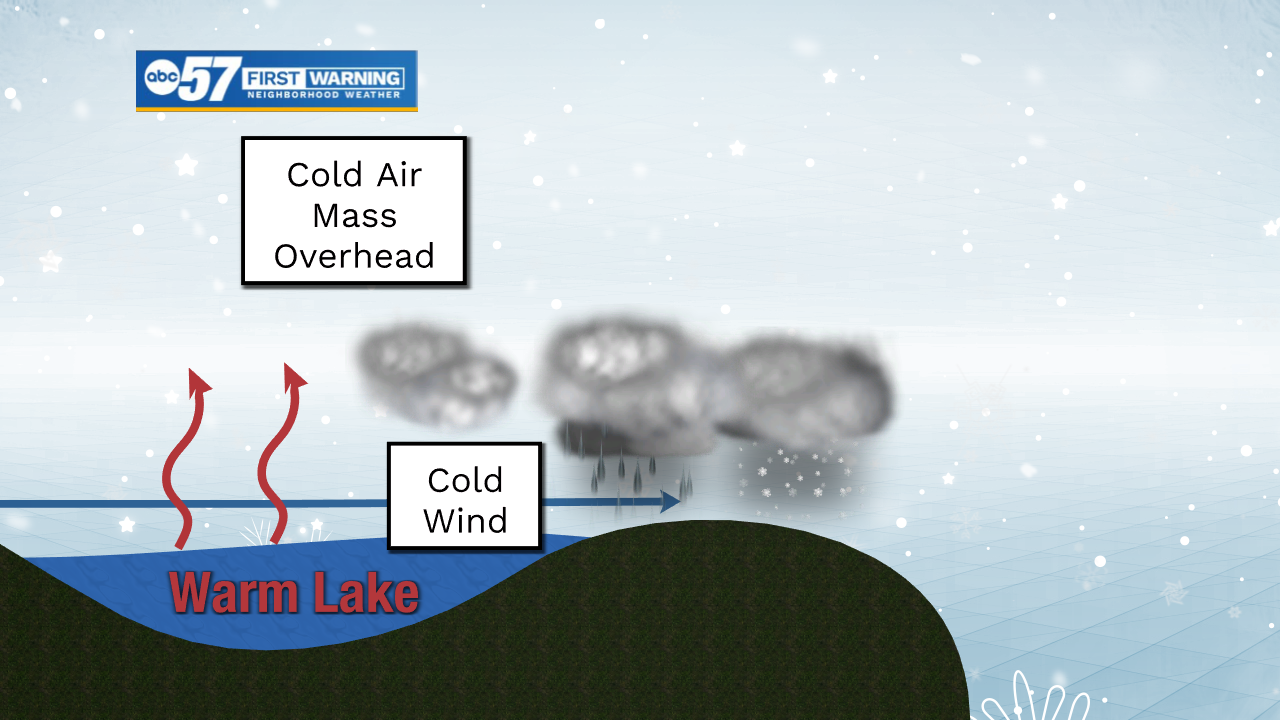 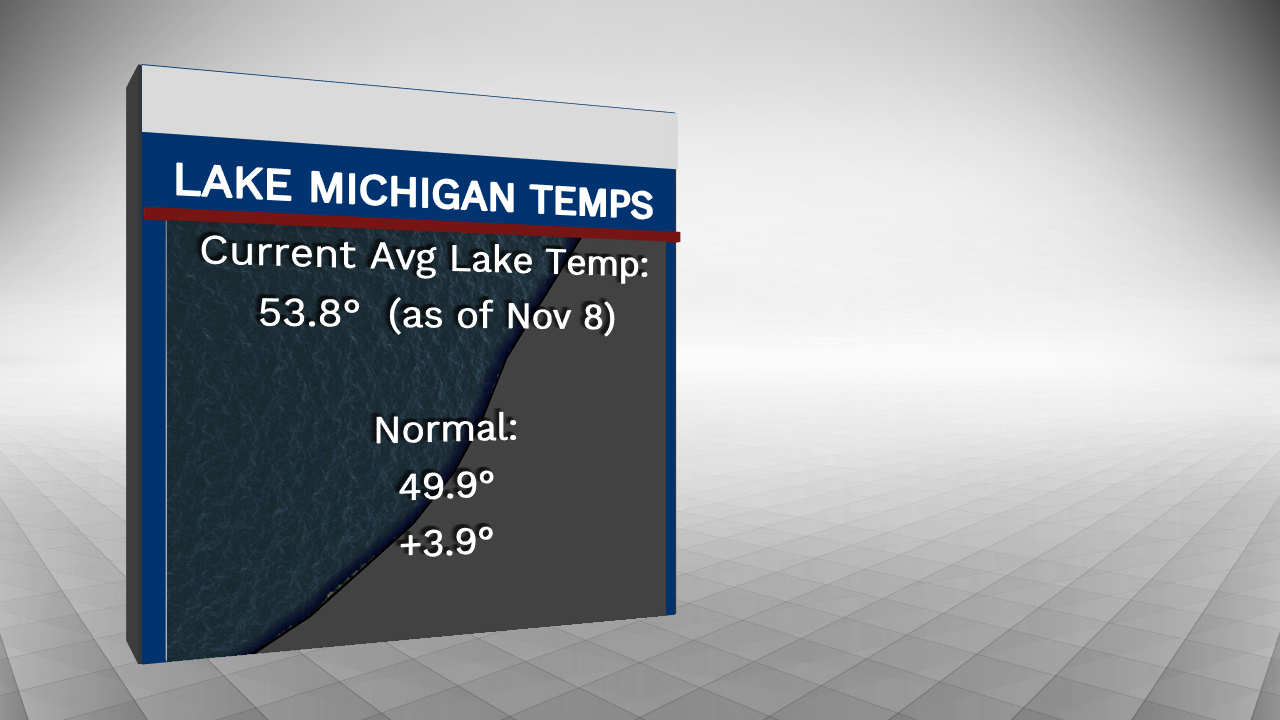 That might sound like good news - however, warm water means more fuel for snow. Maybe that is good news, if you are a fan of big snow days!

Luckily, even though lake effect precipitation looks possible this weekend, it doesn't look like we're in for any heavy snow just yet. We'll save that for later this winter. Enjoy the mild weather in the middle of this week while it lasts!