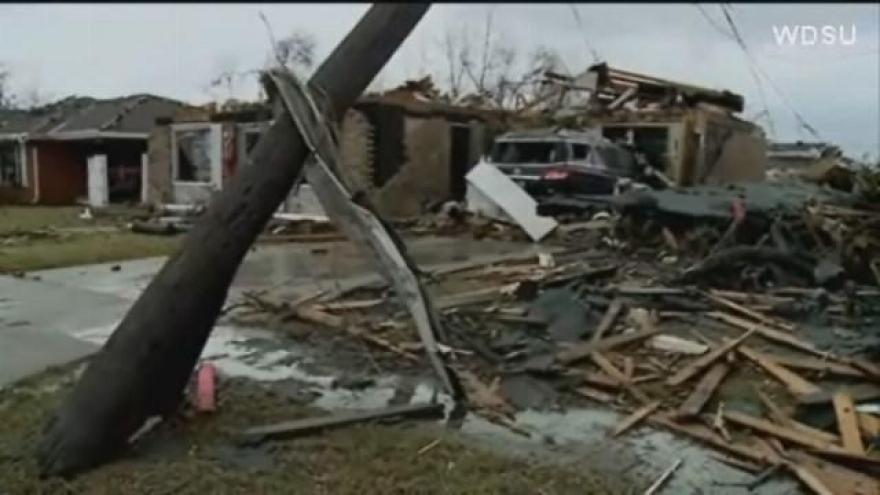 About 250 homes were destroyed and about 2,000 others were damaged after a tornado touched down in New Orleans East Wednesday. The injury count has grown to 31 people, with six of them suffering moderate to severe injuries.

He said the tornado's path covered between 2 and 2.5 miles of land.

"We've been through this before," Landrieu said. "Everybody knows the people of New Orleans are as tough as they come. We're going to get through this just like we did the last couple of times ... by helping each other out and lifting each other up."

The Louisiana National Guard has sent 150 troops to secure impacted areas, including the temporary shelter at the Joe Brown Recreation Center.

Entergy spokeswoman Charlotte Cavell said residents in New Orleans East who were minimally impacted by the twister will have power restored as quickly as possible.

For areas hit hardest, however, it could be three-to-five days before electricity is back.

The National Weather Service said the tornado was at least an EF2, which means winds were between 111 and 135 mph.