LaPorte County robbery suspect gets away with $6 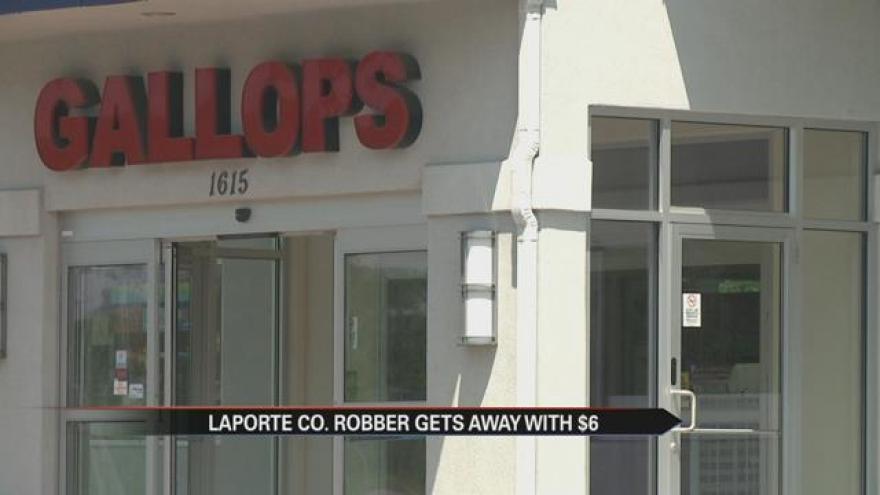 LA PORTE COUNTY, Ind. -  Police are working to track down a suspect in an armed robbery in LaPorte County.

According to officers, the suspect held up a semi-truck driver at the Gallop's Marathon along U.S. 20 near the border of Porter and LaPorte counties.

According to the victim, he was sitting in the cab of his semi when the suspect opened the door, pointed a gun at him, and demanded money.

“A white male approached him and brandished a chrome colored small hand gun. He was able to get six dollars as a result of the armed robbery,” says Sheriff John Boyd.

The suspect is described as a white male with a thin build and facial hair on his chin.

If you have any information, you are asked to call the LaPorte County Sheriff's Department right away.