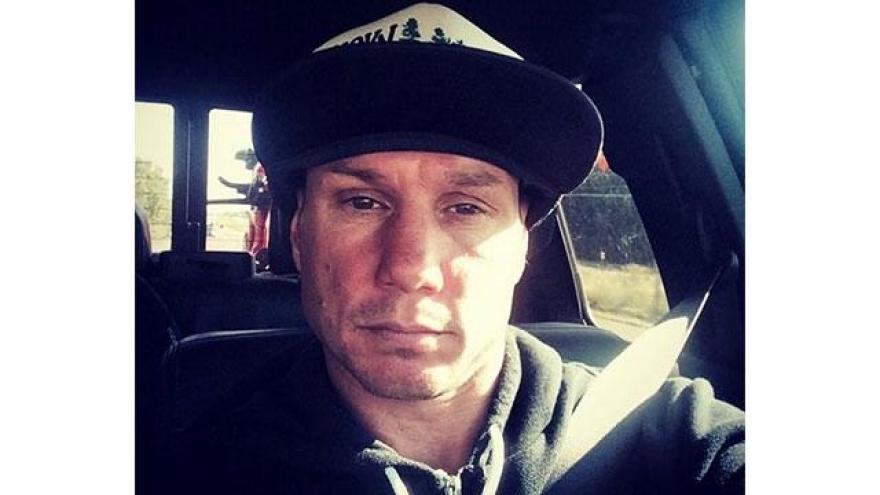 (CNN) -- Iconic BMX biker Dave Mirra was found to have chronic traumatic encephalopathy (CTE), the same brain disease that has been diagnosed in a number of former professional football players, including Junior Seau and Ken Stabler. Mirra is the first extreme sport athlete to be diagnosed with the disease.

He was found dead, from an apparent self-inflicted gunshot wound, on February 4.

Most scientists believe that CTE is a result of repeated, or subconcussive, hits to the the head. The concern is that each time the head takes a pounding, it shakes the brain inside the skull. That can lead to a buildup of an abnormal protein called tau, which can take over parts of the brain.

Scientists are working on ways to diagnose the disease in living people. Currently, CTE cannot be definitively diagnosed until after death.

CNN affiliate WITN spoke with University of Toronto neuropathologist Dr. Lili-Naz Hazrati, who confirmed Mirra's diagnosis. She said that the tau deposits found in Mirra's brain were similar to that of professional football players and hockey players diagnosed with CTE.

Mirra's wife, Lauren said in a statement: "We would like to thank our family, friends and the overwhelming number of Dave's fans who have supported us during this difficult time ... We ask for your continued support in honoring Dave's legacy and for your patience as we plan to create a platform for CTE awareness and research."

Smith played for the Balitmore Colts, Oakland Raiders and the Houston Oilers. He eventually started acting and was best known for his role as Moses Hightower in the "Police Academy" movies.

Smith passed away in 2011. He was 66 and had significant memory loss and had trouble living on his own. His brain was studied by the VA-BU-CLF Brain Bank. He is among the 90 of 94 former NFL players the bank has diagnosed with CTE.