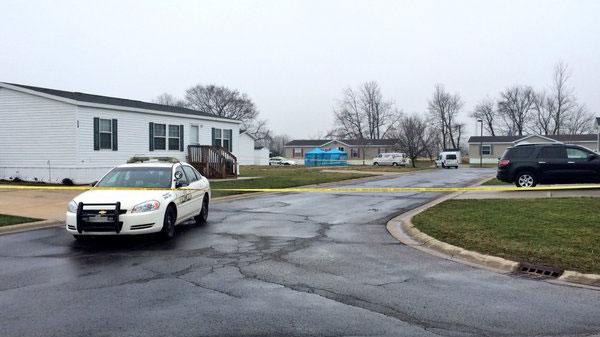 In just five days police have made major progress in the double homicide case out of Goshen.

Here’s what we know so far.

The victims are 27-year-old Jose Nava-Orozco and 42-year-old Marco Carmona-Gonzalez.

Sunday morning the two victims were inside a home in the Brookside Manor Community with several family members. Around 5 a.m., police say the suspects entered the home and gunned down the two victims.

The investigation into the double homicide began immediately, revealing early on the killings were not random.

Goshen Police remained on scene until Wednesday collecting evidence and working tirelessly to identify the suspects.

“We had our entire investigative bureau on it and several officers and almost all the staff was there too and many overnights were done,” said Mayor Jeremy Stutsman.

That rapid 5 day investigation led to Thursday morning’s arrest of Ramos and Rivas. They were booked into the Elkhart County Jail on murder charges.

Ramos, who lives in Elkhart, has a criminal past.

In 2013 he was accused of being involved in a drive by shooting in Goshen that injured four teenagers. He was arrested for attempted murder and criminal gang activity.

Those preliminary charges were later dropped. With officials saying they needed to keep looking over the case before pressing formal charges.

In 2014, he was charged with multiple driving violations and in 2015 charged with synthetic identity deception.

Goshen Police are expected to release more information about the case in the coming days.