Latest Trump accuser says he hugged, kissed her without permission 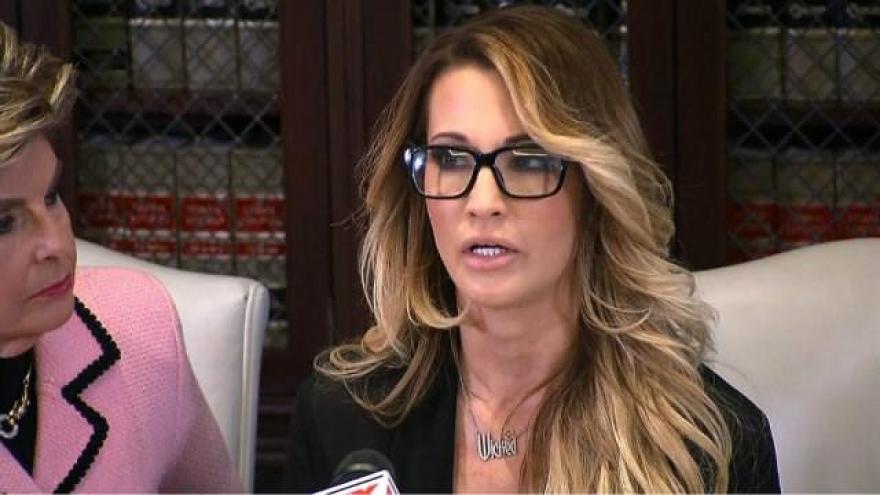 WASHINGTON (CNN) -- Another woman is publicly accusing Donald Trump of inappropriate sexual contact, alleging the GOP nominee touched and kissed her a decade ago during a charity golf tournament in Lake Tahoe, Nevada.

Jessica Drake is at least the 11th woman to accuse Trump of unwanted sexual advances since the surfacing of a 2005 "Access Hollywood" tape in which Trump brags about being able to grope and kiss women.

Drake, an adult film performer and director, claimed at a news conference in Los Angeles Saturday that Trump asked her for her phone number and invited her to his suite the night they met in 2006. She went and brought along two other women to accompany her because she said she did not feel comfortable attending alone.

"He grabbed each of us tightly, in a hug and kissed each one of us without asking permission," said Drake, who is being represented by Gloria Allred, the women's rights attorney who has represented other women -- including two other Trump accusers -- in high-profile sexual assault cases.

Feeling uncomfortable, Drake said she left after about 30 to 45 minutes but later received a phone call from one of Trump's representatives, who invited her to his room alone. Drake declined.

According to Drake, Trump himself then got on the phone with her, asking her to come back and to go out to dinner or attend a party with him, but she again declined.

He then asked, "What do you want? How much?" Drake said.

After she turned down his invite, she said he eventually offered her $10,000 and use of his private jet if she accepted.

At the news conference, Allred showed a photograph of Trump and Drake together.

The Trump campaign, which has vehemently denied previous sexual assault allegations against him, pushed back against Drake's account Saturday.

"This story is totally false and ridiculous. The picture is one of thousands taken out of respect for people asking to have their picture taken with Mr. Trump. Mr. Trump does not know this person, does not remember this person and would have no interest in ever knowing her. This is just another attempt by the Clinton campaign to defame a candidate who just today is number one in three different polls. Anyone who would pay thugs to incite violence at a rally against American citizens, as was released on video, will stop at nothing. Just another example of the Clinton campaign trying to rig the election," the statement said.

Trump earlier Saturday also vowed to sue his accusers after the election. He did not mention Drake's allegations during a campaign rally in Cleveland.

Asked about Trump's claim earlier in the day that she was behind other accusers, Clinton told reporters aboard her campaign plane Saturday night "That is just not accurate."

"If Mr. Trump thought that such bullying tactics would silence his accusers and prevent other women from coming forward, he will be sorely disappointed. Women will not be intimidated into silence by Donald Trump," Allred said.

Drake, at the end of her statement, acknowledged that she might be called an opportunist and a liar, but after the release of the "Access Hollywood" tape, she said she felt the need to come forward publicly.

"I realize that in this situation I may be but a tiny grain of sand. But clearly, this is an enormous beach," Drake said.

The accusations made against Trump in the past two weeks range from inappropriate touching to forced kissing. Simultaneously, his poll numbers nationwide and in several key swing states have plummeted.