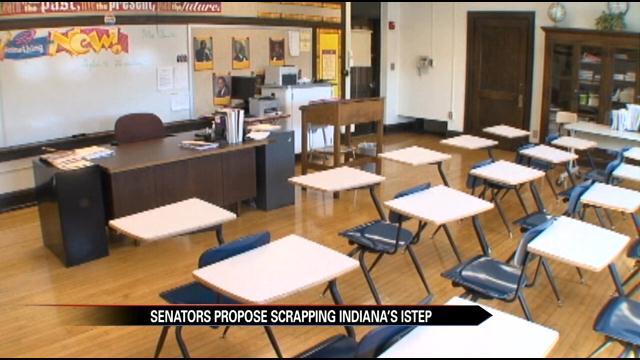 The days of the ISTEP test could be numbered. That's if a new bill backed by Indiana republican lawmakers is given the OK.

Senate Bill 566 passed the senate education committee late last week, which calls for the state to end its tradition of hiring an outside company to create a unique state test.

Instead, the state would replace it with the "best" testing program.

That could be something like a stripped down version of the ACT or a nationally used test like the Iowa Test of basic skills.

Republican Senators Luke Kenley of Noblesville and Ryan Mishler of Bremen are the main backers.

The bill heads to the senate appropriations committee.