LAX returning to normal after panic due to unfounded shooter report 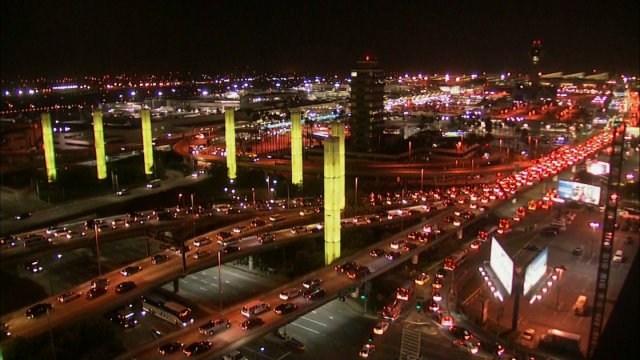 (CNN) -- Operations returned to normal Monday morning at Los Angeles International Airport after reports of a shooting sent panicked travelers sprinting through terminals and onto the tarmac, authorities said.

The travelers on the airfield caused the diversion of at least 27 flights to other airports and delayed 281 arrivals and departures. Two flights were canceled, the airport said.

Before the panic began, police detained a Zorro-costumed individual in Terminal 7 around 8:40 p.m. Sunday (11:40 p.m. ET), the airport said in a statement. Police approached the man with drawn weapons but determined the sword was plastic, the airport said. The man was released.

CNN's Paul Vercammen, reporting from the airport, said the man was involved in cosplay, or costume play.

Sunday night's shutdown in Los Angeles closely mirrored a situation at New York's John F. Kennedy International Airport two weeks ago when reports of shots inside Terminal 8 panicked travelers and shut down that airport. No actual shooting occurred there either.

The panic in Los Angeles began around 9 p.m. Sunday (midnight ET) with reports of an active shooter in Terminal 8, the airport said.

"Word spread quickly through the terminals by word-of-mouth, social media, and additional calls were made to Airport Police about an active shooter in other terminals, with some reporting having heard gunshots. Many passengers and employees evacuated onto the airfield and into the Central Terminal Area roadways," the statement said.

The airport said Terminals 1, 4, 6, 7 and 8 were affected, and video showed people sprinting down hallways and out of terminals. The airport said it requested a ground stop of flights from the Federal Aviation Administration on the south runway complex because of passengers who ran onto the airfield.

Police evacuated the terminals and conducted a sweep with explosive-detection K-9 search units. After an all-clear order, travelers re-entered and were rescreened. Passengers on the tarmac were either bused or directed to safe locations, the airport said.

"Report of shooting at LAX proven to be LOUD NOISES only. No shots fired; no injuries. Investigation continues to locate source," Andy Neiman, commanding officer of Los Angeles police media relations, said in a tweet.

The FAA lifted the ground stop after 30 minutes, around 10 p.m. Sunday (1 a.m. ET Monday), but by that time fights had been diverted. Twelve of those flights were diverted to Ontario International Airport.

Traffic became congested around the Central Terminal Area as police closed roads. The roads were reopened around 10:30 p.m.

In the New York incident this month, two people reported hearing what they thought were shots fired, law enforcement sources said then. Police went floor to floor to clear the airport and ensure there was nothing to be found, a source said. Surveillance video from inside the terminal did not show any shooting.

Police from the Port Authority of New York and New Jersey evacuated the terminal out of caution, spokesman Joe Pentangelo said.

There were no injuries or arrests, although officials said it's possible that hoax 911 calls and word of mouth led to the panic.

CNN's Emily Smith and Pilar Melendez contributed to this report.