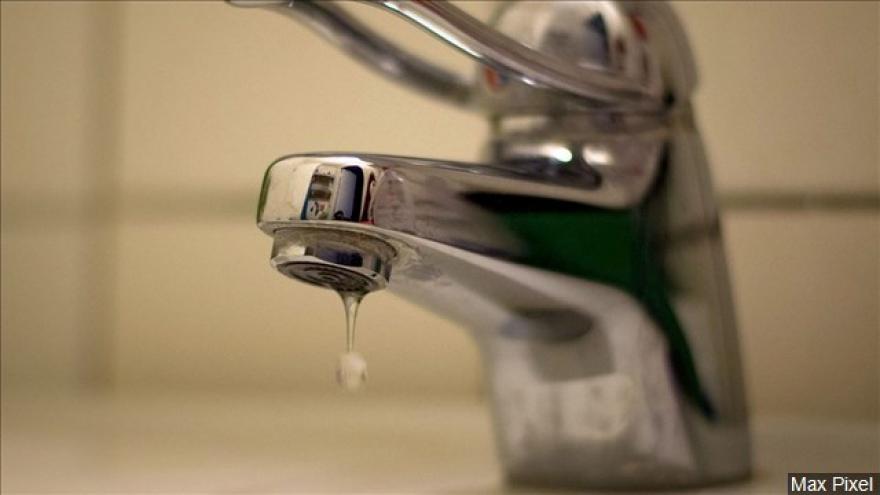 Toxic lead was found in tap water drawn from nearly 70% of 2,797 homes across Chicago within the past two years, according to a Chicago Tribune analysis of results from the tested water. The daily newspaper published a report on that analysis Thursday. Photo courtesy Max Pixel

(CNN) -- Toxic lead was found in tap water drawn from nearly 70% of 2,797 homes across Chicago within the past two years, according to a Chicago Tribune analysis of results from the tested water. The daily newspaper published a report on that analysis Thursday.

Tap water in three of every 10 homes included in the analysis had lead concentrations above 5 parts per billion, the Tribune reported.

Lead can leach from certain kinds of pipes as water travels from utilities to home faucets. The US Environmental Protection Agency has set its limit for lead in tap water at 15 parts per billion -- but for bottled water, according to the US Food and Drug Administration, the limit is 5 parts per billion.

Lead exposure can affect nearly every system in the body, and no safe blood lead level in children has been identified, according to the US Centers for Disease Control and Prevention. That's why the concentrations found in Chicago are raising a few eyebrows.

"My immediate take is that Chicago has a lead problem," said Dr. Philip Landrigan, dean for global health at the Icahn School of Medicine at Mount Sinai and an expert on environmental pollution in children, who was not involved in the Tribune's analysis.

However, "nobody should panic here. This is a problem that has to be dealt with, but it's not a cause for panic," he said. "In the meantime, fortunately, children can be protected here simply by switching water sources," such as by drinking bottled water.

Lead is a naturally occurring metal found deep within the ground and has been used in a variety of products, including paint, pipes, gasoline, batteries and even cosmetics. Yet to the human body, lead exposure can be toxic.

"Exposure is especially dangerous for young children and for pregnant women because the developing brain of a fetus in the womb or a young baby is very sensitive to lead, and even very low levels of lead exposure can cause brain injury in a child with loss of IQ and disruption of behavior," Landrigan said. "So people have to take this quite seriously."

Megan Vidis, a spokeswoman for the Chicago Department of Water Management, said in a statement to CNN on Thursday that the city's water beats the standards set by the EPA year after year.

The department "takes a proactive approach to mitigating lead in our water system by introducing corrosion control into water mains; providing residences and businesses with complete instructions for flushing whenever there is any water infrastructure work being done in the vicinity; and free lead testing of drinking water," the statement said.

What the analysis says

In 2016, the department expanded the free program in which Chicago residents could check water for lead, and testing of the 2,797 lead kits -- with three samples each -- has been completed, the statement said. The Tribune analysis was based on those test results, which are posted on the city program's website.

The Tribune reported that even after tap water had been running for five minutes, 9% of the homes tested had lead levels above the FDA's bottled water standard.

Additionally, "at more than 100 homes across the city where lead levels reached 15 ppb to 270 ppb in testing kit samples, water department officials conducted follow-up testing that involved drawing 10 consecutive 1-liter samples," according to the Tribune.

The Department of Water Management's statement said that "only 5.1% of kits had one or more samples with a lead concentration result greater or equal to the EPA Action Level of 15 parts per billion. When this occurs, DWM works with those residents to verify the results and inspect the home's plumbing and wiring to better evaluate possible sources."

John Polich, president of Gabriel Environmental Services in Chicago, which provides environmental testing and site assessment services for companies, said that although his company primarily works with commercial clients and not homeowners, he has done lead testing for a number of clients to determine whether they have issues.

He said that Chicago residents should not be too concerned about lead levels in their home drinking water.

"As a general rule, our testing does not disclose high amounts of lead," he told CNN.

Polich said that he has a water filtration system in his own home but that he didn't install it out of concern for lead but rather so his drinking water would taste better.

Marc Edwards, an environmental engineer and professor at Virginia Tech, said that he wasn't surprised by the Chicago water testing results.

"We've done testing in New Orleans and frankly all around the country and honestly the Chicago results look pretty typical for a city with modern corrosion control and lead service lines," said Edwards, who was not involved in the Tribune report.

The report comes on the heels of residents in Flint protesting Michigan's decision to end a free bottled water program amid the ongoing water crisis there, where some cost-cutting measures led to drinking water that contained lead and other toxins.

At least 4 million households in the United States include children who are being exposed to high levels of lead from various sources but mostly deteriorated leaded paint and elevated levels of lead-contaminated house dust, according to the CDC.

There are about half a million US children ages 1 to 5 with blood lead levels above 5 micrograms per deciliter, the reference level at which the CDC recommends that public health actions be initiated, according to the CDC.

Landrigan said the city should follow up on these findings, determine where the lead is coming from and test children's blood for elevated lead levels.

"It's a very straightforward test. It can be done with either a finger stick blood sample or from the vein," Landrigan said.

"If children are tested, if they're put through testing and so on, the effects will show up, but when you look at the child from across the room, for example, the child will look OK. They're not going to be obviously sick. This is what's been referred to as silent poisoning," he said.