Least snowiest December winner, 2014, could be replaced by December 2015 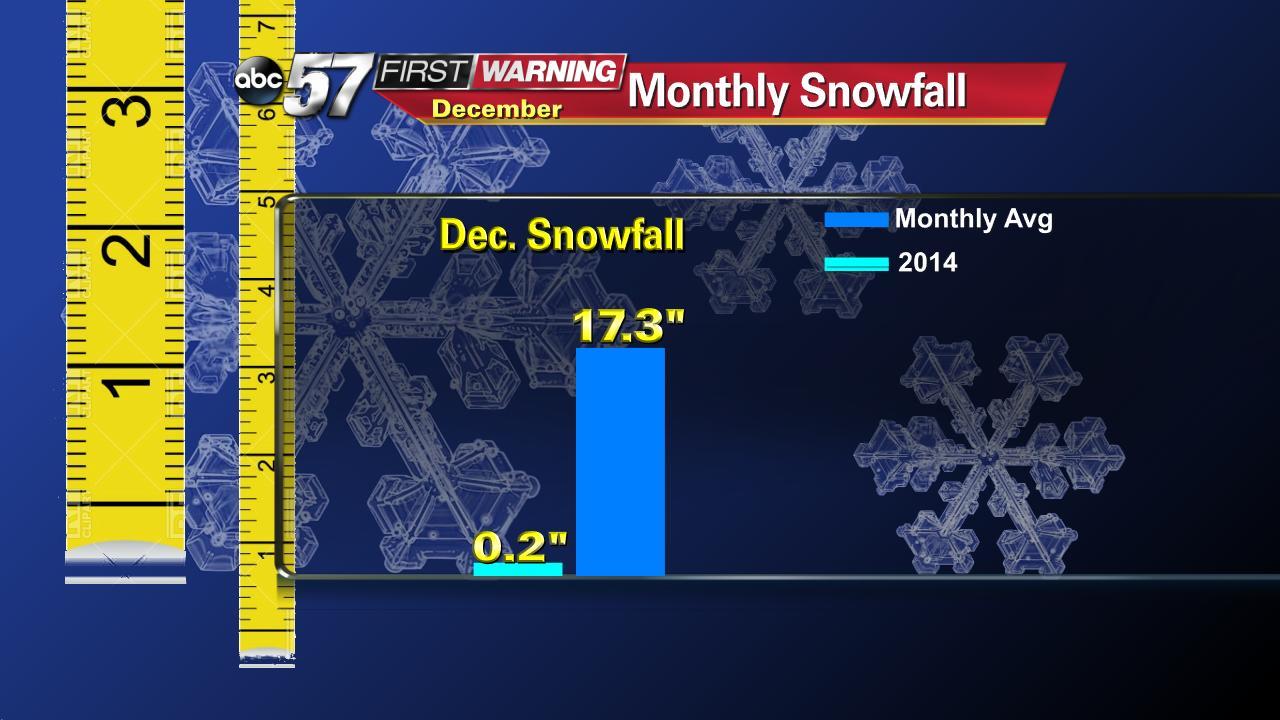 After the fourth snowiest Halloween on record and the fourth snowiest November with a record-breaking single day snowfall of 12.3 inches on November 13th, snowfall in December 2014 was record-breaking, but for a different reason.  According to the National Weather Service of Northern Indiana’s Seasonal Climate Report for the 2014-2015 Winter Season, December 2014 was the least snowiest December on record with just 0.2” over the course of the month.  Normally, snowfall for December exceeds 17” (Fig. 1).

Not only was December 2014 the least snowiest, it also had the least amount of days of snowfall observed with just 11 days total.  Now that we’ve entered the last month of 2015, and we finished November with just 9.1” of snow (nearly 10 inches less than November 2015 as shown in Fig. 2), many in Michiana are wondering if the relatively mild and dry weather will stick around through the end of the year.

As we compare last December’s first week high temperatures to this year’s observed and forecasted high’s through the 7th, we are running at least 10 to 15 degrees above the actual temperatures observed in 2014 (Fig. 3).  With even warmer temperatures settling in this weekend, these unseasonably warm conditions have already inhibited the chance for snow in the next 10 days.  As always, stay with ABC57 News for the latest updates to your forecast day to day through the rest of the winter.