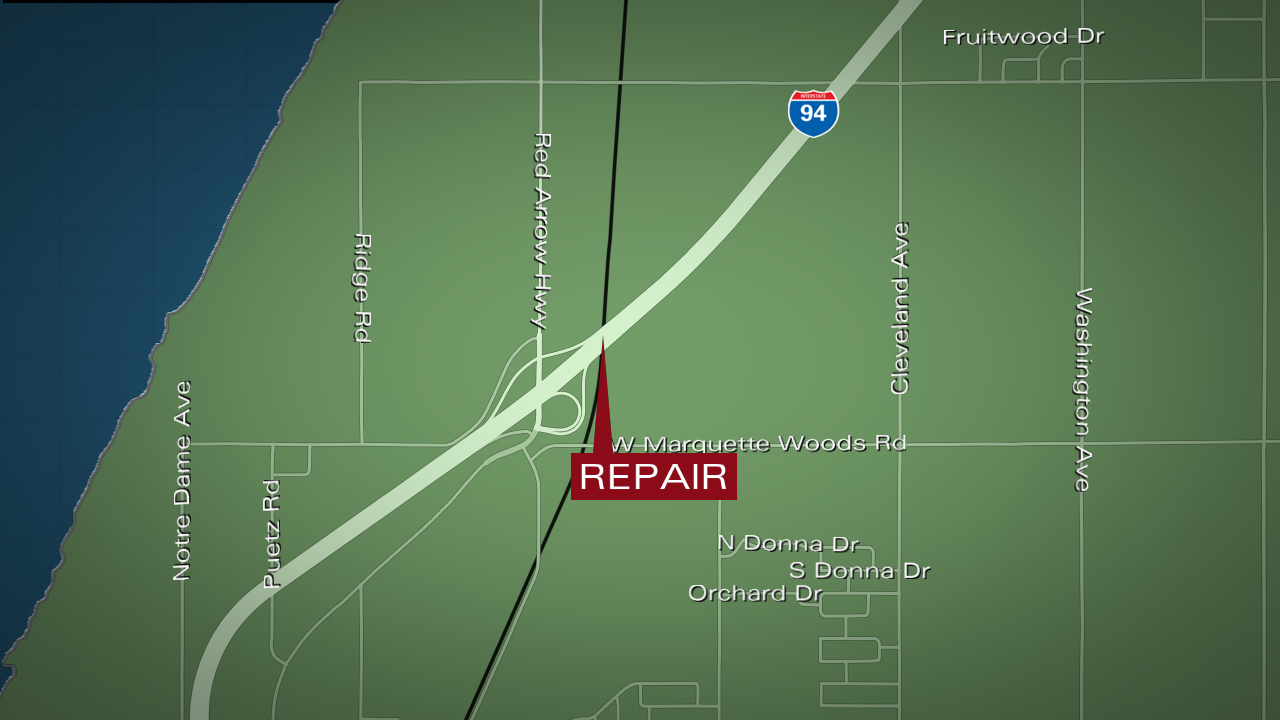 The crash involved a semi and a car but police say there were no injuries in the crash.

During the crash, the bridge wall over the railroad was damaged, so an inspection of the bridge was required before traffic was allowed to travel on it again.

Traffic was routed off of I-94 westbound and back onto I-94 to pass the damaged bridge.

Police say the bridge was inspected and is structurally sound for traffic, but the left lane of travel (westbound) in the area of that crash will be shut down until the bridge can be repaired.