Michigan legislature OKs $56.8B budget with more for schools, roads 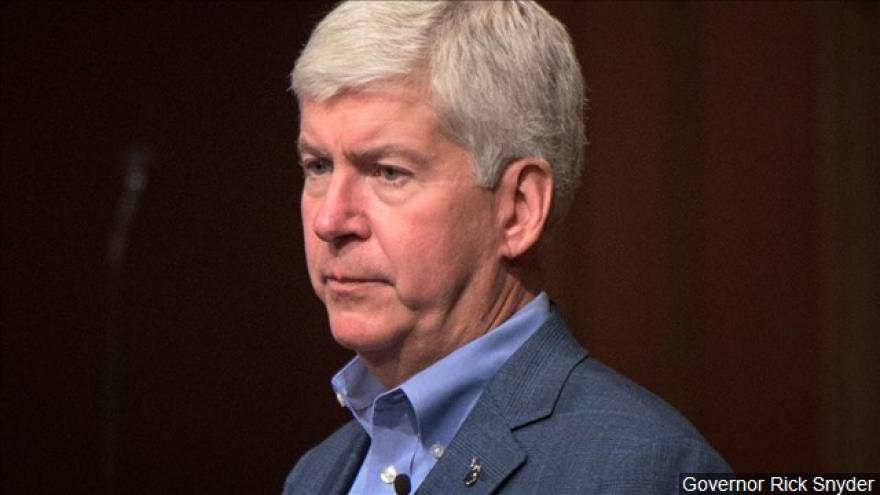 LANSING, Mich. (AP) — The Republican-led Michigan Legislature put the finishing touches on a $56.8 billion state budget Tuesday that includes a sizable increase in base aid for lower-funded K-12 districts, more spending on roads and extra funding to better protect schools from shootings.

The spending plan also closes a state prison and sets aside $100 million for Republican Gov. Rick Snyder's plan to link students with in-demand jobs. The two main budget bills won approval on mostly party-line 63-46 and 66-43 votes in the House and 33-2 and 25-11 votes in the Senate.

There are "great investments, but we're also being very responsible with the investment of the hard-working taxpayer dollars," said Senate Appropriations Committee Chairman Dave Hildenbrand, a Lowell Republican. "It's a reduction in spending over (the) current year. Because of the strengthening of the economy, more people are working and (there is) less demand on social welfare services."

While majority GOP legislators touted record spending on K-12 schools and road infrastructure, Democrats criticized the lack of a special fund to compensate recipients of unemployment benefits who were falsely accused of fraud and faulted a provision that could lead to teacher cuts in districts with low-performing schools that do not improve.

"This might be a little bit bigger crumb than it was last year. It is still crumbs to be offered," said Democratic Rep. Donna Lasinski of Scio Township near Ann Arbor.

Highlights of the budget, most of which will take effect in October once the Republican governor signs it, include:

— Transportation spending will go up by more than $300 million, or 7 percent, under a deal to shift more general funds to road and bridge work than is required under 2015 laws designed to improve deteriorating streets and highways.

— One of the state's 30 prisons will be closed, saving $19 million due to a declining overall inmate population.

— Some $100 million is earmarked for Snyder's plan to better prepare students for an estimated 811,000 openings in in-demand careers through 2024 — including information technology, computer science, health care and manufacturing. School districts that emphasize competency-based learning and training students for high-demand fields will compete for state grants if they partner with businesses in "talent consortiums." Other bills would require school districts to incorporate grade-appropriate instruction in career development into their K-12 curriculum and let them hire teachers without a certificate or endorsement to teach career and technical education classes.

"Not everyone goes to college, but everyone deserves a chance at success, a chance to get a better job to build a better future," said House Appropriations Committee Chairwoman Laura Cox, a Livonia Republican. "This budget creates an opportunity for more people to learn the skills they need to succeed."

— The state will spend $58 million — half in the current fiscal year and half in the next budget — to boost school safety after mass shootings in Florida and Texas, including $25 million to upgrade door locks and other security features. About $30 million will be used to expand mental health and support services, though details are unlikely to be worked out until the summer.

— Reimbursement to autism providers who serve Medicaid recipients will be cut by $34 million, or a third, by imposing a fee schedule. Caseloads have risen sharply.

— The state police will spend nearly $12 million to train and hire 155 new troopers, including 80 to replace personnel lost to attrition.

— Universities that raise tuition by more than 3.8 percent or $490, whichever is greater, will lose some of their funding for the next three fiscal years. They also will have to comply with new requirements in the wake of the Larry Nassar scandal at Michigan State University.

— For the current budget, there is $30 million for 28 specific road and bridge projects selected by lawmakers and an additional $22 million in earmarks, or "Michigan enhancement grants," benefiting 50 community projects.