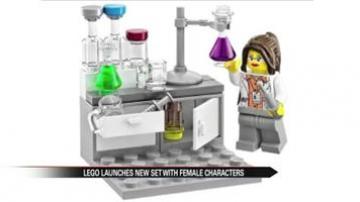 Lego released a new set called the 'Research Institute' and features a scientist, astronomer and paleontologist and their all ladies.

The new set was released after 7-year-old Charlotte Benjamin wrote a letter to the company about the gender discrepancy.

She wrote to Lego, "All the girls did was sit at home, go to the beach, and shop, and had no jobs" while boy figures "went on adventures, worked, saved people, and had jobs, even swam with sharks."

Lego said it was already developing the new lady Legos at the time of letter.
Share this article: