Through the first week of December 2020, Michiana doesn't have any measurable snow.

Typically, the final month of the year brings about a foot and a half of snow. Increasingly, however, that benchmark seems harder and harder to reach. The least snowiest December in South Bend on record happened only a few years ago, in 2014. 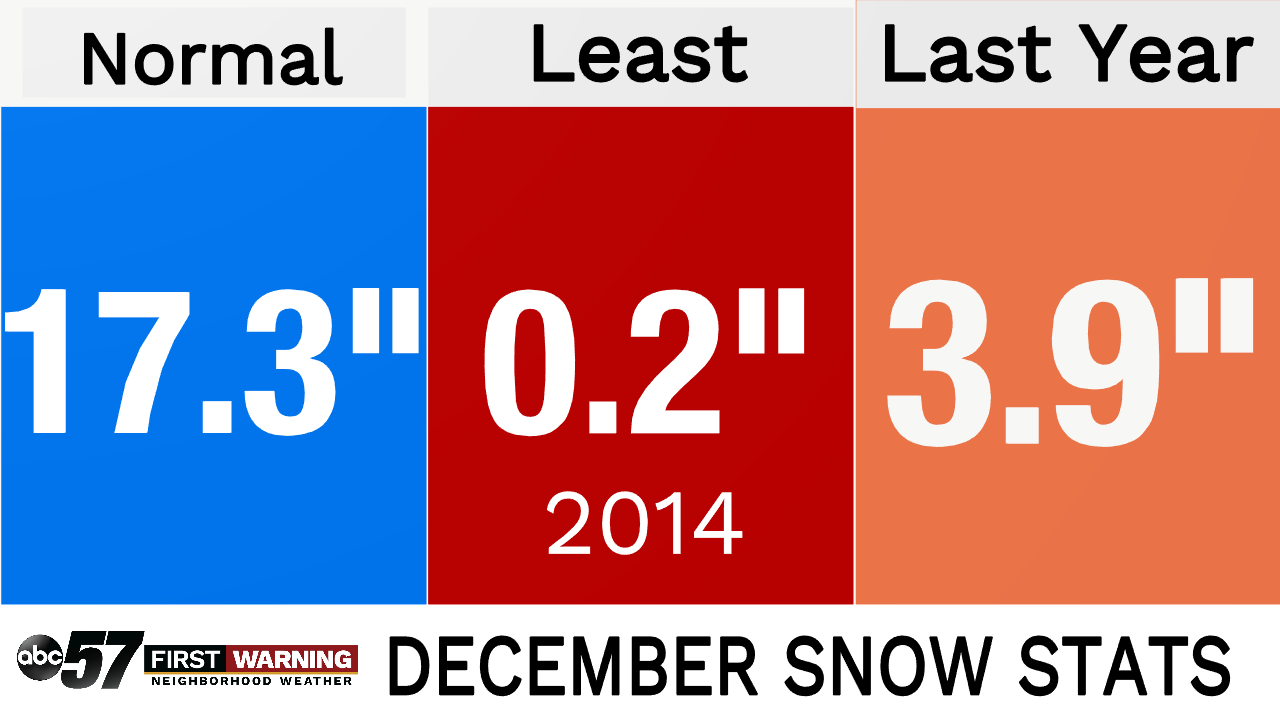 Eight of the least snowy Decembers have occurred since 2000. The "bottom three" December snowfalls have all happened within the last 6 years. 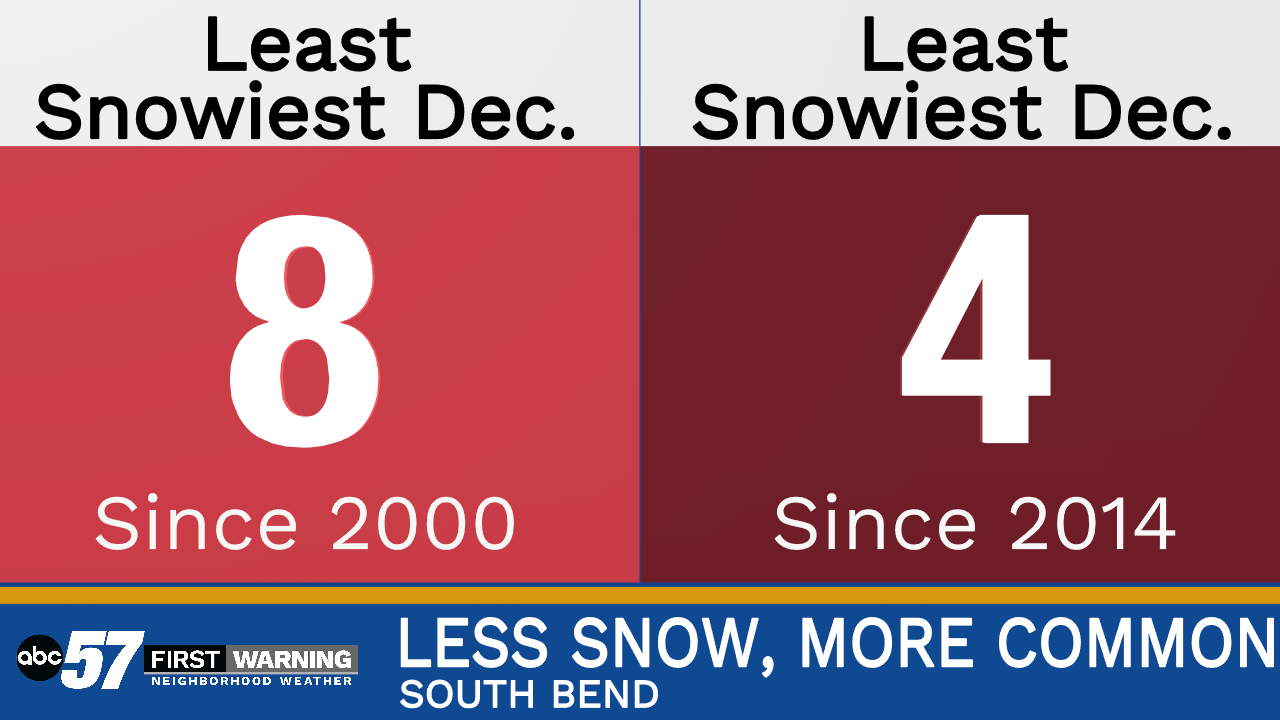 Effects of a warming climate, like our lack of snowy Decembers, are impossible to miss or ignore.

This is another significant trend that shows up in the data, a predicted result of a warming climate, verified.

You might not hate this trend, but if you were planning for snow in December and a White Christmas, that is less likely year to year.

2020 is appearing to follow this trend so far, with no significant chance for snow in the next 7 days. While some snow may fall on Sunday, there are significant doubts in terms of accumulation, as warm ground and air temperatures probably will inhibit any snow sticking. 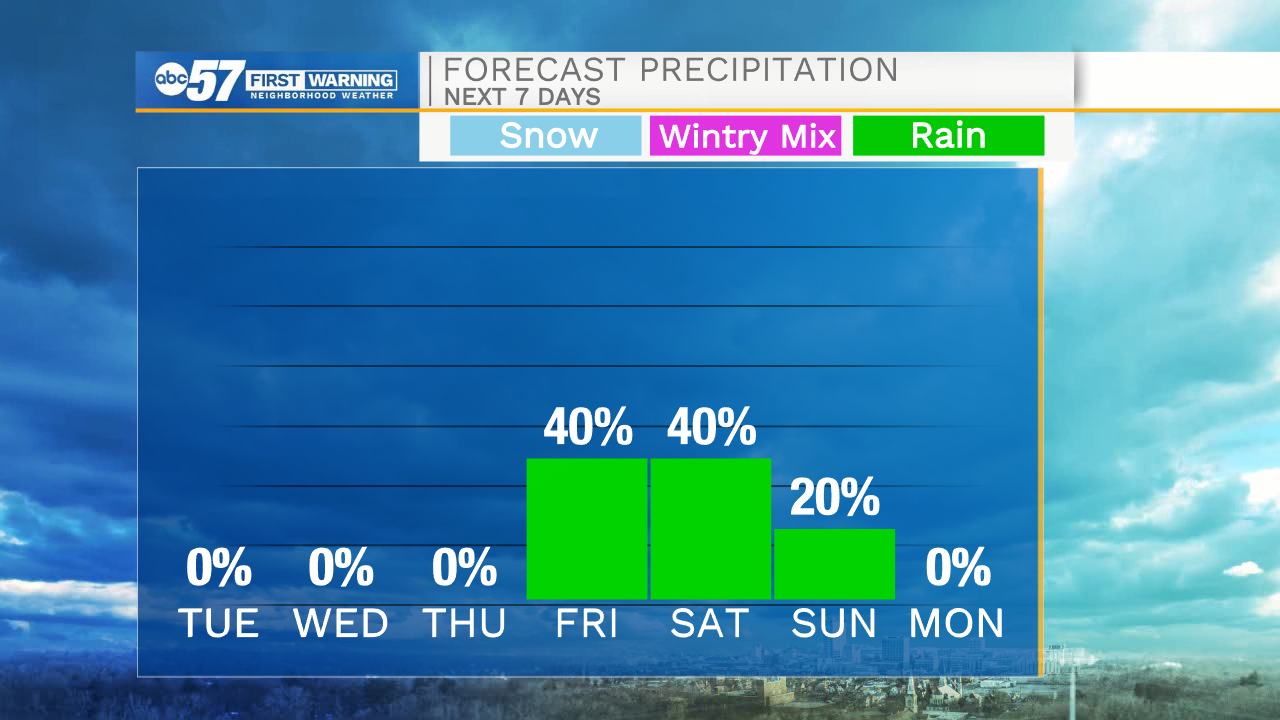 If by next Monday we still don't have measurable snow in South Bend, we'll go the first two weeks of December without snow for only the second time on record. 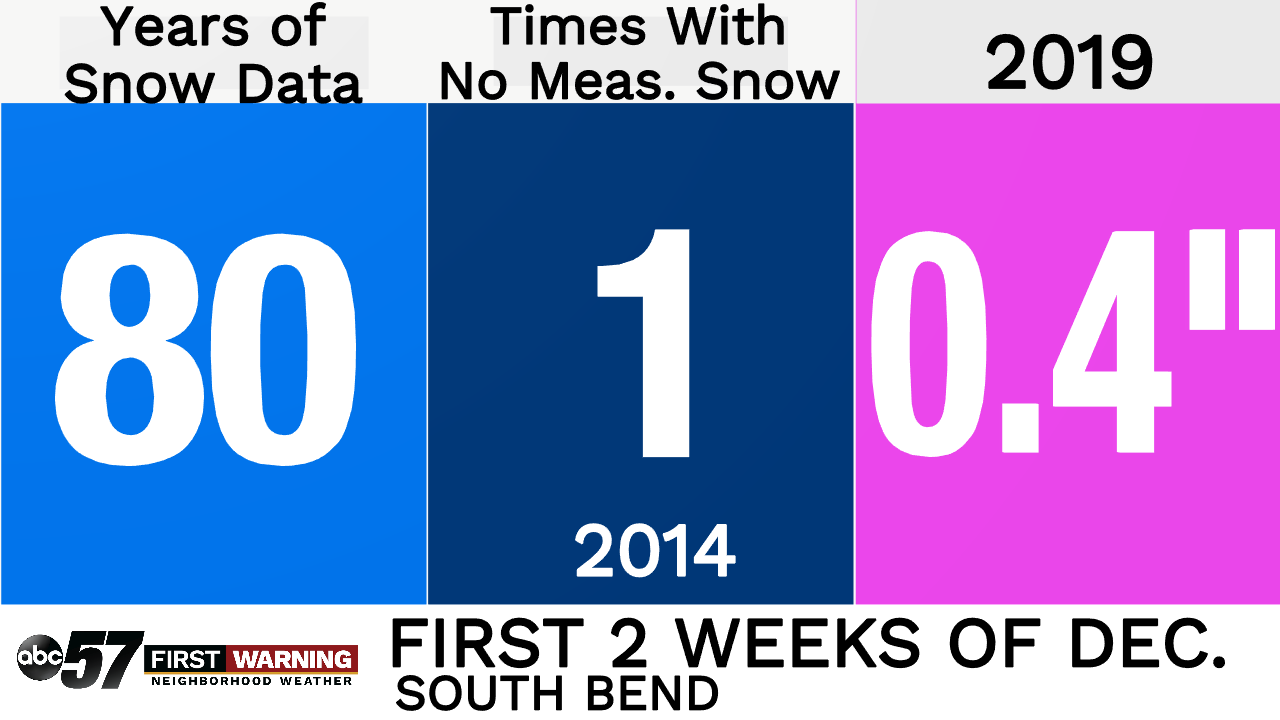