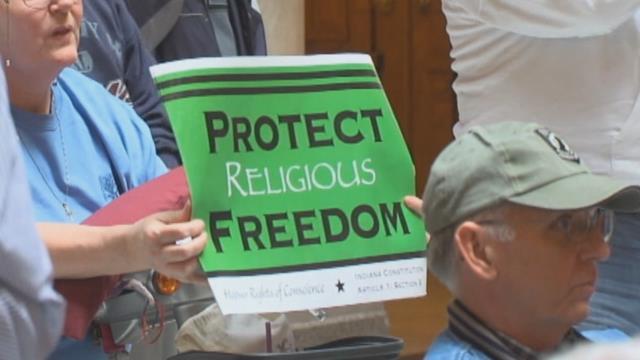 Some Indiana lawmakers are working to extend protections to the LGBT community but so far that legislation has been shot down during the current legislative session.

In some areas of the Hoosier state, it is legal for LGBT couples to get married during the weekend and then be fired for it on Monday. Some lawmakers have drafted legislation to protect people from those firings but up until this point, it has failed.

In 2015, Indiana passed the Religious Freedom Restoration Act, commonly called RFRA. That act allowed for individuals and businesses to deny service to individuals due to religious reasons. That legislation created a big controversy across the nation on the issue. This led Governor Pence to send it back to the legislature.

Right now, there is similar legislation in the works in Missouri. Sarah Rossi who is the Director of Advocacy and Policy at the American Civil Liberties Union said that Missouri should have learned from Indiana.

"They had all that information and they didn't pay attention and now they're moving Missouri down the same road that Indiana went down, and it will cost everybody a lot of money," said Rossi.

According to the ACLU, the firestorm that RFRA caused cost Indiana a lot of money. "The 60 million in revenue lost in Indiana, the 500 thousand dollars that the state of Indiana had to spend on a PR firm to get them out of that mess, the 12 different conventions that Indiana lost," Rossi added.