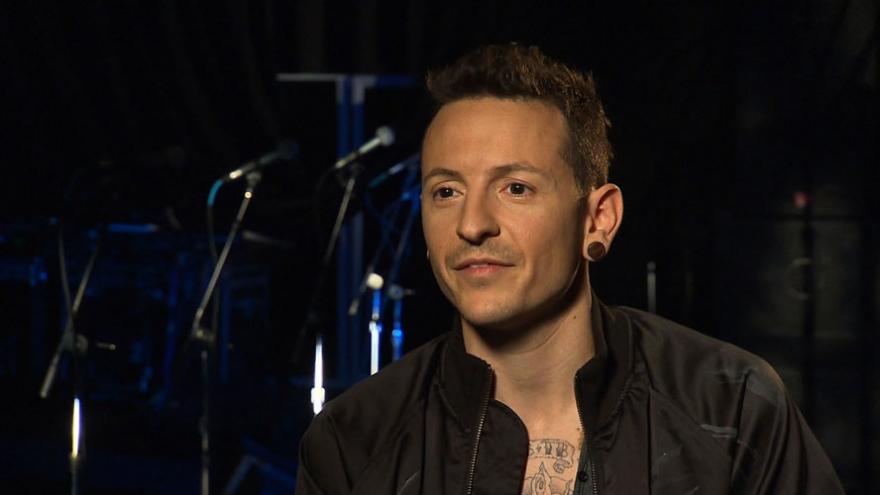 (CNN) -- Chester Bennington, the lead singer of the rock band Linkin Park, was found dead Thursday according to a spokesman for the LA County Coroner.

The coroner's office was called out to a home in Palos Verdes Estates shortly after 9 a.m. Thursday. Authorities said they were treating the case as a possible suicide.

That voice, it turned out, was fueled by anguish.

Bennington was open about his troubled life, including an introduction to smoking pot after his parents divorced when he was 11, which escalated to cocaine and methamphetamine use.

He also suffered sexual abuse as a child, he said.

"When I was young, getting beaten up and pretty much raped was no fun," he told The Guardian in 2011. "No one wants that to happen to you and honestly, I don't remember when it started."

Spotting a photo of himself as a child at his mother's house from around the time of the abuse brought it all back, Bennington recalled.

"I remember that stuff happening to me at that stage and even thinking about it now makes me want to cry," he said. "My God, no wonder I became a drug addict. No wonder I just went completely insane for a little while."

The group enjoyed cross-over success with the 2004 mash up "Numb/Encore" which combined their song "Numb" with rapper Jay-Z's "Encore."

The single was featured on a collaborative album, "Collision Course," and won an award for best rap/sung collaboration at the 2006 Grammy Awards.

The news caused an outpouring of grief among celebrities, especially coming so soon on the heels of the death of Soundgarden frontman Chris Cornell, a close friend of Bennington's who committed suicide by in May.

Bennington's bandmate Mike Shinoda tweete,d "Shocked and heartbroken, but it's true. An official statement will come out as soon as we have one."

Late night host Jimmy Kimmel wrote, "Chester was one of the kindest men I've had on my show. My heart breaks for his family and friends. He will be missed terribly."

Linkin Park's latest album, "One More Light," was released in May. The band was set to kick off a tour in Boston next week.